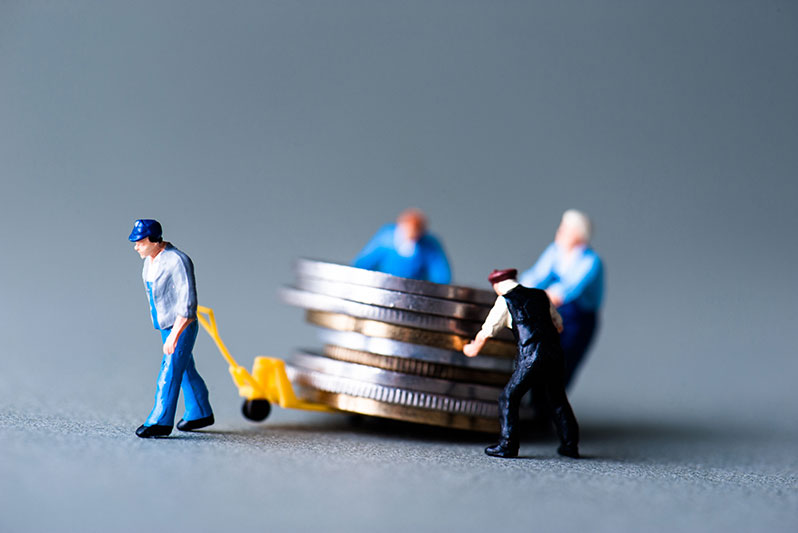 While the most recent jobs report showed the unemployment rate at 4.0% — the lowest rate in almost 50 years — it also showed annual wage gains running at just 3.2%. While that is the best rate of growth in over a decade, late in the last business cycle, wage gains were over 4%, and at the height of the dot.com bubble, wage gains were over 5% a year.
Shouldn’t the current tight job market result in faster wage growth as employers compete for increasingly scarce workers? The answer is “not really,” and it’s for several reasons.

The single most important reason for slow wage growth is weak labor productivity growth, or the increase in output per worker per hour. As firms pay workers more, they try to keep their profit margins up by squeezing out inefficiencies, and thus pay for the higher wages out of increased worker productivity.

Back in the 1990s, labor productivity growth averaged about 3% per year. In the run-up to the housing bust, it was well over 2%. By contrast, today’s productivity growth is about 1%! As a result, employers are not so eager to raise wages as they tend to reduce profits.

Another major reason is demographics. Twenty years ago, the Baby Boomers were all in their prime working years. Today, close to 11,000 per day retire and are being replaced by Millennials. The problem is that since Millennials are just starting their careers, they earn considerably less than the retiring Boomers.

More importantly, the number of Millennials entering the labor force numbers about 14,000 per day, exceeding by about 3,000 per day, or 90,000 per month, the number of retiring Boomers. While older generations have always retired as younger generations have entered the labor force, never have the two groups been of almost equal size. After accounting for this, wage growth is currently closer to 4%.

The final significant reason for slow wage growth is a lack of inflation. In the late 1990s, inflation, as measured by the CPI, was 3.5% per year, and was roughly 4% per year during the housing boom. Since 2010, however, inflation has been remarkably tame, and has hovered right around 2%.

As a result, employers have not had to increase pay that much to keep up with inflation. If, for example, employers aim to increase real pay by 1% per year during the housing boom, that would have meant pay raises of 5%. Today, 3% will do.

There are, of course, many other reasons why wage growth is weak. They include a decline in the strength of unions, the increased prevalence of non-compete clauses in employment contracts, and global supply chains, all of which reduce the bargaining power of workers.

There has also been a steep decline in the number of new firms, in part due to the rise of super-firms like Google, Amazon and Facebook, which generally buy out any potential competitors, also reducing employer options.

Last, but certainly not least, comes the dramatic rise in state licensing requirements which make it much more difficult for employees to work in other states, even if good jobs in the same field are available.

While wage growth is not as strong today as it has been in prior recoveries, there are many reasons why. Hopefully, labor productivity will improve going forward, as that is something that employers and employees both benefit from. In addition, it would be great to see states reduce or eliminate licensing requirements where possible. And, where that is not possible, encouraging reciprocity across state lines would be a great improvement.