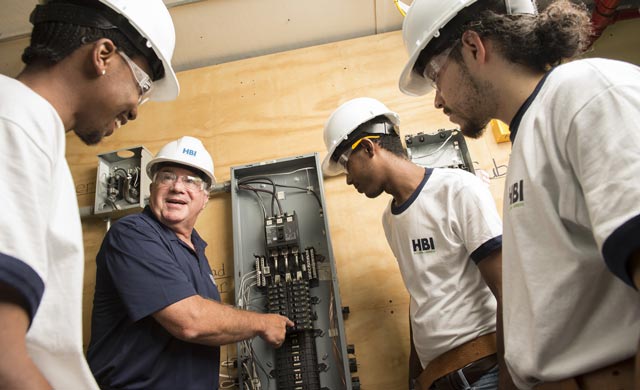 This question has been on the minds of homebuilders and contractors for the last several years. In the past, finding labor was relatively easy. The general scope of people were those from South and Central America. Most started out as unskilled and became skilled in a trade over time.

This source has unfortunately stopped for reasons mostly beyond our control. New avenues of finding skilled and unskilled workers need to be opened and investigated. Two promising areas are currently being explored by myself and others in the industry.

The Home Building Institute (HBI), a group attached to the NAHB, is dedicated to offering technical training in skills pertinent to homebuilding. HBI sets up training facilities all over the country for post high school kids interested in working in our industry. They also have a high school curriculum available in schools in 13 states in the U.S., but not yet in Texas.

HBI recently received a $1.1 million grant to open two training facilities in Texas and Florida, the funds to be split 50/50. The Texas facility will be located in Houston and staffed with one full time administrator and one or two trainers. They hope to start training young people in framing, carpentry, and other trades in a six to eight week course.

The goal is for these young people to immediately be placed on a crew after completing the course. The grant is good for two years, and can be extended if more funds are available. Funds and assistance with the purchase of tools and materials can come from builders and contractors in Houston. More about this initiative will be discussed in a future editorial, hopefully after it is up and running.

Last month, Home Depot pledged $50 million to HBI to be used over 10 years to train young people and veterans in construction. We need some of these funds in Houston.

A second way to increase the labor force is to bring technical training back into high schools, like in the old days when shop class was mandatory before funding dried up. With time, technical trades were looked down upon and college was pushed culturally as the ‘thing to do.’

One plain and simple fact is that not all kids are cut out for college and many are not ready when they graduate from high school. Everything is right with these young people learning a trade, even if they work in that trade for only a few years. They’re earning money and learning new skills. It sounds like a win-win.

The tide is shifting. There are at least two schools in Texas, Warren High School in San Antonio and Lubbock High School, offering technical training in home building trades. The Construction Careers Academy (CCA) at Warren High School began in 2009 and has been graduating approximately 120 kids every year since 2013.

Today is a new world in so many ways, but especially for our industry, where politics, cultural shifts and historic weather events (Hurricane Harvey) have changed the landscape, literally and figuratively. Let me hear your ideas at Don.Klein@Chesmar.com. Don Klein serves as the 2018 GHBA President. CEO of Chesmar Homes, Don has over 35 years of homebuilding experience with national and private homebuilders. He rose to city president both times with two national homebuilders and is well respected in the building and development industries. Don started Chesmar Homes in 2005 and has overseen Chesmar’s growth into five markets with over 5,000 Chesmar Homes. Don would tell you that the absolute best part of the building business is the satisfaction that he feels when he knows that people are realizing their dream of homeownership and that he was a small part of helping that dream come true. Of all the adventures that Don has taken in his personal life, he would tell you that Chesmar is the most exciting.