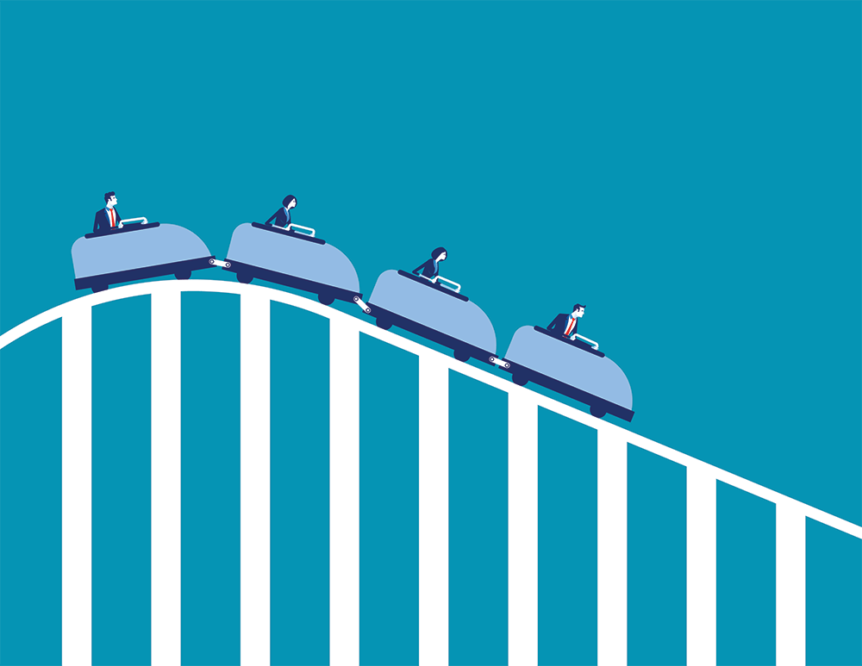 The Great Recession of 2008 is firmly in the rearview mirror. We are now enjoying the longest recovery in U.S. history, the unemployment rate is near a 50-year low, wage growth is pretty good, inflation is virtually non-existent, and the stock market is just a few percentage points off its all-time high.

Yet, talk of recession is increasingly common. And it’s not surprising, given the weakening global economy, the decline in exports, the soft energy and transportation sectors, the ailing agricultural markets, and of course, the overarching U.S.-Sino trade/currency/tech war. That said, while the next recession may well not arrive till 2021, it is not entirely clear what will cause it.

In general, recessions are caused by one of three things. Often, central banks raise interest rates too much in an effort to slow the economy to reduce late cycle inflationary pressures. In the process, they either raise rates too much or keep them too high for too long, driving the economy into a recession.

A second reason we have recessions is due to unforeseen shocks to the economy. It might be a war or a sudden rise in energy or food prices which reduces household spending power and can cause widespread obsolescence of capital equipment because the higher price of energy makes the equipment uneconomical.

A third cause—and one that has recently been the culprit—is financial excesses (think bubbles) that result from over-exuberance on the part of markets that lead to mis-pricing of assets and finally a financial crisis.

The 1973 recession was caused by a quadrupling of oil prices by OPEC. Overnight, oil went from $3/bbl to $12/bbl. Moreover, the supply of oil was severely restricted, which led to gasoline rationing and long lines at gas stations. This caused consumer spending to plummet and factories to close, crushing the economy.

The recessions of 1979 and 1982 were deliberately engineered by the Fed and its then chairman, Paul Volker. The only way to squeeze inflation, which was north of 13% at the time, out of the economy was to induce a recession. In 2001, it was the tech bubble, and in 2008 the recession was caused by the housing bubble.

But the 1990 recession was different; it had no singular cause. On one hand, it was a result of a commercial real estate bust partly caused by the S&L crisis, which in turn led to a severe drop in construction activity. But there was also a major rise in energy prices, due to Iraq’s invasion of Kuwait, which hurt consumer confidence and spending. In addition, there was the post-Cold War drawdown in defense spending which led to a rise in unemployment. While none of these events in isolation would have precipitated a recession, collectively they did. Fortunately, it was short and shallow, but the recovery was slow and jobless.

As for what’s to come, I suspect the next recession will be caused by a confluence of factors. The trade war is already hurting GDP growth. Add to that a global slowdown, a decline in energy prices, a weakening transportation sector, feeble manufacturing activity, Brexit and other European problems, largely impotent monetary policy as rates are already very low, and if all this leads to one or two negative monthly job reports which, in turn, leads to weakening consumer confidence and spending, you probably have the beginnings of a recession.

Regrettably, getting out of the next recession may take longer than usual because fiscal policy is already a spent force as we are already running historically very large deficits. And that means a much-reduced willingness on the part of Congress to cut taxes and boost spending.

The good news, the coming recession is not likely to be very deep as there are no obvious bubbles that must be punctured. And lastly, with a bit of luck, this recovery can keep on going for another few years; it is entirely possible.