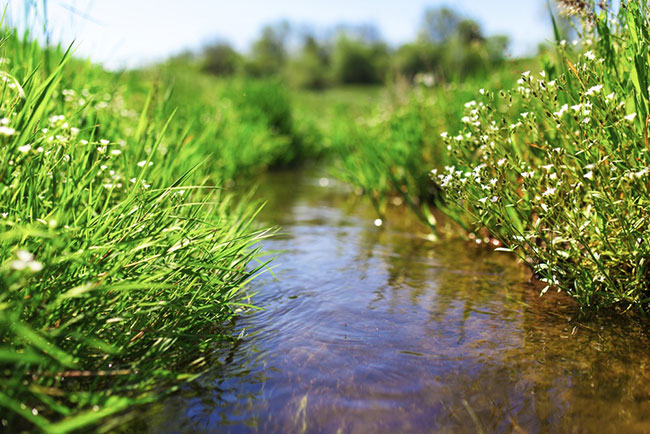 On June 29, 2015, the Environmental Protection Agency (EPA) and the U.S. Army Corps of Engineers (the Corps) finalized their much-discussed joint Clean Water Act (CWA) “Waters of the U.S.” definition and rule.

The new rule would have dramatically expanded jurisdiction under the Clean Water Act and the ramifications of the rule would have been severely punitive on business—especially for the home building, land development, construction and transportation infrastructure sectors.

“The success of the Texas economy depends in large part on the availability of reasonably-priced housing, and to keep housing affordable, we have to fight this type of overreach.”

On November 9, 2015, the GHBA, along with other local development stakeholders (TARGET), filed a Petition for Review with the Sixth Circuit in an effort to fight against this government overreach on property rights. While the enforcement of the rule was eventually stayed, there was still uncertainty about its future and its affect on development with the Houston region.

In a major victory for the homebuilding industry in fighting this rule, President Trump signed an order instructing a full review of the “Waters of the U.S.” regulation on February 28.

The executive order titled “Restoring the Rule of Law, Federalism, and Economic Growth by Reviewing the ‘Waters of the United States’ Rule” contains provisions that, while not completely repealing or negating the rule, will severely neutralize the impact moving forward.

The executive order instructs the Environmental Protection Agency (EPA) and the U.S. Army Corps of Engineers to begin a complete review and reconsider whether federal jurisdiction should extend to “non-navigable waters,” which this rule would.

The executive order gives directive that “navigable waters” should be interpreted as Justice Antonin Scalia defined them in a 2006 Supreme Court decision as “only those relatively permanent, standing or continuously flowing bodies of water forming geographic features that are described in ordinary parlance as streams, oceans, rivers, and lakes.”

Under this directive, the term “navigable waters” would be narrowly defined and the consideration of what is or is not a navigable water could be easily applied. It would remove any ambiguity in how the term is interpreted in any use in the future as well.

Although we still have a lawsuit filed in federal court, the executive order states that the agencies must inform the Attorney General’s office of the “pending review and that the Attorney General may take such measures as he deems appropriate concerning any such litigation pending the completion of further administrative proceedings related to the rule.”

This essentially means that at this point the rule is subject to a permanent stay and that the AG has the decision on how to address any pending litigation.

This executive order is a major victory for the land development and homebuilding industries not only in the Houston region or Texas, but nationwide. The success of the Texas economy depends in large part on the availability of reasonably-priced housing, and to keep housing affordable, we have to fight this type of overreach.