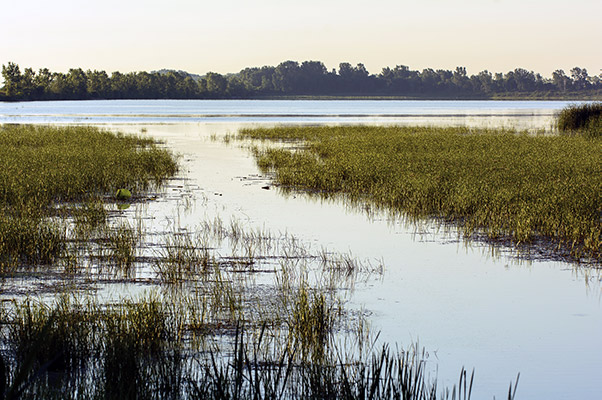 Recently, there has been much confusion over the implementation of the Environmental Protection Agency (EPA) and the U.S. Army Corps of Engineers (the Corps) joint Clean Water Act (CWA) “Waters of the U.S.”(WOTUS) definition and rule.

As we have previously noted, the new rule would dramatically expand jurisdiction under the Clean Water Act and the ramifications of the rule would have been severely punitive on business—especially for the home building, land development, construction and transportation infrastructure sectors.

On November 9, 2015, the GHBA, along with other local development stakeholders (TARGET), filed a Petition for Review with the Sixth Circuit in an effort to fight against this government overreach on property rights.

On February 22, 2016, the Sixth Circuit panel asserted jurisdiction over the appeal and issued a nationwide stay which delayed the implementation of the 2015 Rule. That stay, along with President Trump’s executive order in February of last year instructing a full review of the “Waters of the U.S.” regulation gave our industry some hope that this overreach would be mitigated.

In late January of this year, the Supreme Court ruled unanimously that the Sixth Circuit Court did not have jurisdiction to be the sole venue for the hearings related to the new WOTUS regulations passed under the Obama administration and instructed the Circuit Court to return the matter to the District Court level.

Shortly after that ruling, the EPA and the Army Corps adopted a new rule that would delay any implementation of the 2015 Rule until 2020.
On Aug. 16, 2018, the District Court for South Carolina ruled that the EPA had improperly added the 2020 implementation date to the 2015 rule. According to the NAHB, “the judge explained that the EPA had restricted the topics that the public could comment on when it proposed to add the applicability date. According to the court, this restriction denied the public a meaningful opportunity to comment on the applicability date rule. Thus, it nullified the applicability date rule nationwide.”

What that meant was that 26 states could have immediately been regulated under the 2015 rule—including Texas. Although only time would have shed light on how the EPA and the Corps would have enforced the WOTUS rule, the uncertainty was cause for alarm.
Last month, however, Judge George Hanks Jr., of the U.S. District Court for the Southern District of Texas in Galveston, blocked implementation of the 2015 WOTUS rule in Texas, Louisiana and Mississippi.

Judge Hanks sided with Texas Attorney General Ken Paxton and the states of Louisiana and Mississippi who had requested the injunction.

“(The) district court ruling is a win for property owners in Texas, Louisiana and Mississippi, sparing them from the unlawful and impractical WOTUS rule that would allow EPA regulation of ponds, streams and puddles on private land,” Paxton said. “By restoring principles of federalism to this area of law, the ruling is an even bigger win for the Constitution and the fundamental liberties it protects.”

This ruling is only applicable for Texas, Louisiana and Mississippi, meaning that 23 other states could be regulated under the WOTUS rule. There is another injunction request filed in Ohio that is pending.

While we have some relief here in Texas, this issue is not over. As the Trump administration and the EPA work to repeal and replace WOTUS with a new regulation, we will continue to monitor the situation and determine whether we will pursue further legal action.

As we slowly transition from summer to fall, it is important to remember that we have a major election in November that will see us vote for numerous federal, state, county and judicial seats, including our congressional delegation as well as who will occupy the governor’s mansion for the next four years.

There is a lot at stake during this election cycle, particularly in the post-Harvey political climate, and the candidates elected will have a significant impact on the homebuilding industry moving forward. Electing the most qualified, pro-housing candidates for local and state office is vital to the homebuilding industry and protecting housing affordability and consumer choices.

The GHBA HOME-PAC actively screened candidates and will make endorsements in a variety of state and local races. We will provide a list of HOME-PAC endorsed candidates for this election for you to take to the polls as early voting approaches.