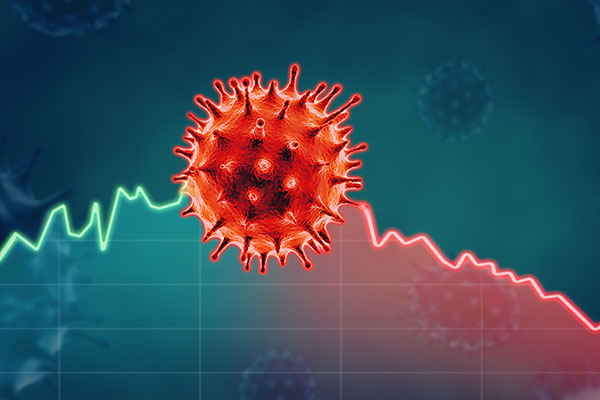 It has been a dramatic week given ongoing aggressive government action to slow the spread of the coronavirus. While concern is still growing about the current environment, it is important to keep in mind that the crisis will eventually end, and with that conclusion, economic healing will progress.

NAHB has made significant forecast revisions given the growing “pause” of the U.S. economy. We are assuming an approximate eight-week mitigation period, followed by a decline in the growth rate of virus cases. This will enable portions of the U.S. economy to return to at least partial activity, slowing job losses and bringing some workers back to work. We estimate that approximately 40% of GDP is on pause or partial pause (keep in mind that about one-third of the economy is housing and healthcare alone), however this share has been growing as companies pause operations.

For the second quarter, we are forecasting a minus 11% GDP growth rate, which would be the largest decline in decades for a single-quarter. The unemployment rate is expected to rise to close to 7%, with the March and April job reports showing millions of layoffs. The third quarter is likely to post a negative growth rate as well, due to economic damage in the spring.

Liquidity concerns for the financial system appear to be receding thanks to the swift actions of the Federal Reserve. The 10-year Treasury rate is near 1%, although that rate declines occasionally as investors sell bonds to hold cash. The 30-year fixed rate mortgage is averaging approximately 3.6%. The current 260 basis-point gap is larger than in normal periods and reflects some market stress. However, that gap is being held in place by Fed purchases of mortgage-backed securities.

Despite dramatic swings day by day, the S&P 500 is down only 2% for the week, suggesting confidence by investors in long-term economic prospects. Given the sharp nature of the 2020 downturn (and its biological rather than financial or economic cause), we are forecasting that after stressful second and third quarters for the year, the fourth quarter should host a V-shaped or marked rebound. It is also worth noting that while job losses in March and April are going to be historic, some sectors (like transportation/delivery and grocers) are adding workers.

While we are forecasting declines for housing construction on net in 2020 (and particularly in the spring), housing was on solid footing coming into the year. Home builder confidence, as measured on the NAHB/HMI, registered a slight decline in March to 72, although we clearly expect declines in April. Single-family starts over the last three months reached post-recession highs when adjusted for seasonal factors. With low interest rates and policy help for the labor market, housing clearly would be a sector to lead the economy into recovery after the declines of mid-2020.

The challenge right now is uncertainty and the immense number of job losses occurring in such a short period of time. Certainty can be provided by a slowing of the number of virus cases. The economic downturn in the second and third quarters is unfortunately a requirement of social distancing and virus mitigation. If those efforts are successful, then the economy should begin the process of rebounding shortly thereafter. In the meantime, monetary and fiscal policy are working to ensure the system will be prepared for such a recovery later in the year.

As more data arrive, we will of course continue to update our outlook. Further information is available on NAHB’s Coronavirus Preparedness webpage.