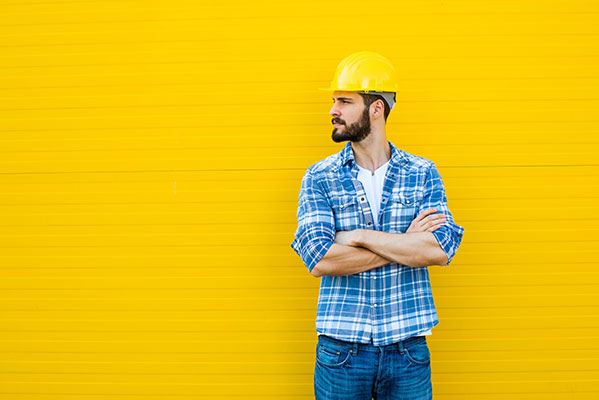 When it comes to distinguishing between independent contractors and employees, many companies may simply want to close their eyes, cross their fingers, and hope for the best. But the issue is too important to ignore, and perhaps what we need is a better conversation.

“Failing to understand the distinctions between independent contractors and employees can expose you and your company to catastrophic liability for personal injuries; overtime wages; OSHA fines; and back payroll taxes, penalties, and interest.”

Posing a question is often a good way to start a conversation, so let me do so here: do you really know as  much as you think you do about the distinctions between independent contractors and employees? Here is an even better question: do you know why you should make it a priority to understand the difference?

For many of you reading this, the answer to both questions will be “no.” Let me make it easy: failing to understand the distinctions between independent contractors and employees can expose you and your company to catastrophic liability for personal injuries; overtime wages; OSHA fines; and back payroll taxes, penalties, and interest. Now that I have your attention, let me explain a bit further.

The distinction between independent contractors and employees affects every GHBA member and cuts across many different areas of law. For example, if workers you thought were independent contractors are later classified as employees, your company may be liable for overtime wages, under what is known as a “wage-and-hour claim.” Your company can also be held responsible for paying back payroll taxes, penalties, and interest to the IRS if independent contractors who have worked for you in the past are later found to have been employees. Equally troubling is the potential for devastating personal injury liability or fines levied by OSHA because of your subcontractors’ unsafe practices.

“Contrary to the popular saying, what you don’t know can hurt you.”

Contrary to the popular saying, what you don’t know can hurt you. If you have not considered how the employee versus independent contractor distinction affects your business, you should. With that in mind, let me turn now to the legal tests that will be used to determine whether a worker is an employee or an independent contractor.

The Traditional Test
You may be familiar with the “control test,” which for some time has been the primary way to determine whether a worker is an employee or independent contractor. The control test used a 20-factor balancing test, which attempted to answer the following question: does the worker independently deliver the final product or does the employer control how, when, and where the work is done? The control test could be represented by the “scales of justice,” and the 20 factors in the test are coins or pebbles that are either placed on the “employee” side of the scales or on the “independent contractor” side of the scales.

The table below outlines some examples of how the control test would be used to analyze a worker’s classification. The Department of Labor has replaced the control test with a new “Economic Realities Test” discussed next), however the control test remains important under state law for considering whether a general contractor is liable for personal injuries and property damage suffered by subcontractors and their employees.


“Calling an employee an independent contractor, even accidentally, can wreak havoc on your business. Opening your eyes to the differences and taking proactive steps to draw a clear distinction can help your business avoid a costly setback.”

The Department of Labor has established six new factors meant to determine the “economic realities” of the working relationship. In other words, six factors work together to answer one question: is the worker economically dependent on the prime contractor or operating an independent business that is providing services for the prime contractor?

Notice in the following list of factors that control is only one among a list of other factors that help decide whether the worker is economically dependent on the prime contractor.

Take a moment to read through those factors again. While you do so, think of one person or business organization who performs work for your company. Consider how you would answer each of the questions with respect to your relationship with that person. Then ask yourself whether that person is an employee or independent contractor under the Department of Labor’s “economic realities” test. Was the answer what you expected?

So What Should I Do?
Whether you are aiming to satisfy the Control Test or the Economic Realities Test (or both), your strategy must include more than signing a contract that describes the worker as an independent contractor. The contract is a good first step toward establishing an independent relationship, but that relationship must be continually managed to avoid eroding the qualities that make the relationship independent.

Calling an employee an independent contractor, even accidentally, can wreak havoc on your business. Opening your eyes to the differences and taking proactive steps to draw a clear distinction can help your business avoid a costly setback.