Trendmaker Homes has tapped into its list of top-name vendors and trades to help construct the GHBA Benefit Home, a home that when sold, will benefit three important charities. Many of these vendors attended an appreciation luncheon in the community where the home is being constructed. This event was the 10th consecutive year that vendor, Allpoints Services has donated the meal for guests.

“From the generosity of the developer who donates the lot, through all stages of construction and even the closing, it’s the donations of materials, labor and services that are key to making this 37-year-old fundraiser a success,” said Will Holder, chairman of the Benefit Homes Project. “Trendmaker Homes, Rise Communities who donated the lot in Meridiana, and the GHBA wanted to thank each vendor and trade personally with a meal and an appreciation award.”

Each year two homes are built for the Benefit Homes charity fundraiser with donated materials, labor and services from GHBA members. The homes are loaded with upgrades and amenities and sold at market value. The majority of the proceeds from the sale benefit Texas Children’s Cancer Center, the Alzheimer’s Association and HomeAid Houston. Since the fundraiser began, nearly $10 million has been raised.

Many of the vendors and trades were on-hand to accept their award and tour the Benefit Home as it nears completion. Representatives from the three charities were also in attendance. Each expressed their appreciation to the vendors as well.

“Without the vendors, there could not be a Benefit Homes Project,” said Holder. “These vendors are GHBA members and continue to show their commitment to giving back to Houston through charitable work.”

Trendmaker Homes built its F501C Plan with the fourth bedroom option. The home is nestled within the new community of Meridiana located south of the Texas Medical Center off Hwy 288 and Hwy 6.

Construction has begun on a second Benefit Home for 2017 in the new Elyson Community in west Houston. Newland Communities donated the homesite. 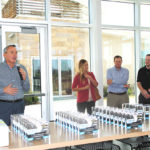 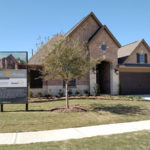 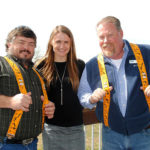