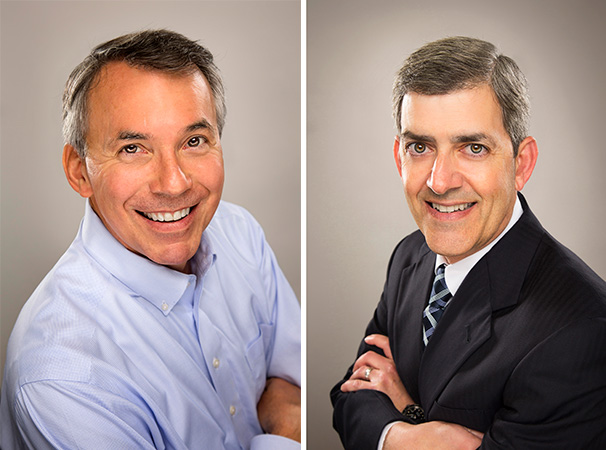 Trendmaker Homes, a member of the TRI Pointe Group (NSYE: TPH), announced today the retirement of President Will Holder effective March 31, 2018. Holder started as Trendmaker’s general manager in 1993 and has served as president since 2006, all while shepherding the company to becoming the industry leader in premier homebuilding and master-planned community development. During his 11-year tenure at the helm, Holder led Trendmaker Homes through the merger with TRI Pointe Group in 2014 and oversaw the expansion of the company into Austin in 2015. Senior Vice President Joe Mandola, who will also mark 25 years with Trendmaker Homes in 2018, will succeed Holder as president on April 1. “Working with Trendmaker Homes has been one of the greatest professional adventures of my life,” says Holder. “Throughout the past 25 years, my team members and I have built a company where we appreciate the benefits of our mutual success, all the while enjoying our jobs every day. Building beautiful homes, satisfying our customers, and working with so many talented and creative people has enriched my life beyond my wildest professional dreams. Trendmaker has grown and thrived in both difficult and great markets, and I believe the company’s best years lie ahead.”

Holder is a native Texan with a BA from Texas State University, an MBA from The George Washington University, and is a graduate of the Stanford University Executive Program. A past president of The Greater Houston Homebuilders Association, Holder has also been working to educate the next generation of industry professionals, serving as an adjunct professor at the University of Houston. He intends to continue his teaching at Texas State University in San Marcos, where he and his wife will be relocating this summer.

The succession plan at Trendmaker Homes has been in the works for several years, Holder explains, and the aim has always been to name his successor upon his 25th anniversary at the company. “Joe Mandola and I have worked together for 30 years and he is the right person to lead Trendmaker to its next generation of achievements,” Holder says. Holder is leaving the company in excellent shape, with Trendmaker’s operations in the Houston and Austin homebuilding markets strong and growing. Trendmaker Homes expects a seamless leadership transition, and Mandola intends to continue and build upon Holder’s legacy. Joe Mandola began his career in 1988 at Village Builders before joining Trendmaker Homes in 1993, first as an area manager, and later as director of housing operations, and vice president of operations. In 2010, he became senior vice president and general manager. Mandola holds a BS in Construction Science from Texas A&M University. Like Holder, Mandola has a decades-long reputation in the building industry in Texas, and has deep relationships with trade partners, community leaders, and other industry professionals.

“I’ve been very fortunate to work alongside Will for almost 30 years. To say I’ve learned a lot from him would be an understatement. I’ve soaked up so much from Will over the years that I can’t begin to give him enough credit in just a few words,” Mandola says. “Under Will’s leadership, Trendmaker Homes has become one of the industry’s top homebuilders. Combined with the terrific support of TRI Pointe Group CEO Doug Bauer and the entire leadership team, Trendmaker continues to expand and grow.”

Mandola looks forward to taking on the new role of president, especially as Trendmaker Homes continues to explore an array of opportunities at all price points in the Houston and Austin housing markets. “The Houston market continues to generate a lot of housing starts, and is always one of the most competitive markets in the country,” Mandola says. “The Austin market is poised for a big growth year, and we are excited to hit the ground running with several new community openings there.”

Mandola adds, “We have an extraordinary team at Trendmaker and I am deeply thankful to be a part of it. I intend to launch my tenure off the rock-solid foundation Will has established. A leader is only as good as his team, and the team Will assembled and mentored as president these past eleven years is the best in the business.”

About Trendmaker® Homes
Established in 1971, Trendmaker Homes is a premier builder of new homes in Houston and Austin in Texas. Over the decades, Trendmaker has defined the concept of a luxury home for generations of Texans. The company focuses on the needs and desires of the most discriminating homebuyers through innovative designs and customer service. Trendmaker’s logo, the iconic “T”, is more than a symbol of a premier home; it represents nothing less than a superior home buying experience. Since its inception, Trendmaker has delighted Texas families with exceptional homes through their signature concept of building higher standards from the start, and as a result, the company has secured four consecutive years of distinctions from PRISM (Professional Results in Sales & Marketing). Trendmaker Homes is a member of TRI Pointe Group® (NYSE: TPH), a family of premium regional homebuilders. For more information about Trendmaker Homes, please visit www.TrendmakerHomes.com.