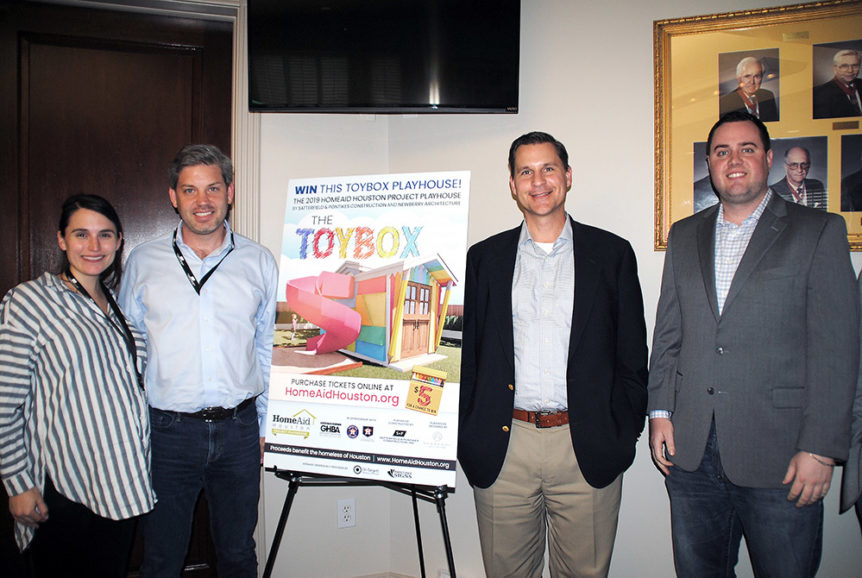 The interior features a number of play areas such as a rock climbing wall, a TV and desk area with a mini fridge, a painting and chalkboard station, and a Minute Maid “juice bar” area for kids to “sell” juices. There is also a loft above with a play-net that can be accessed by a built-in ladder or the rock climbing wall. The exterior features a slide that is accessible from the interior loft.

“The design elements in this year’s playhouse are a kid’s dream come true. I can see kids of all ages spending hours enjoying their playtime, right in their own backyard.”Patrick Mayhan, HomeAid Houston President

The S&P and Newberry teams will join HomeAid to display the Toy Box Playhouse, in partnership with the Houston Astros and the Astros Foundation, at Minute Maid Park during the Astros games from June 25 to July 7. Fans will have an opportunity to win the playhouse in a drawing on July 7. Funds raised benefit HomeAid’s mission “to build new lives for homeless families and individuals through housing and community outreach.”