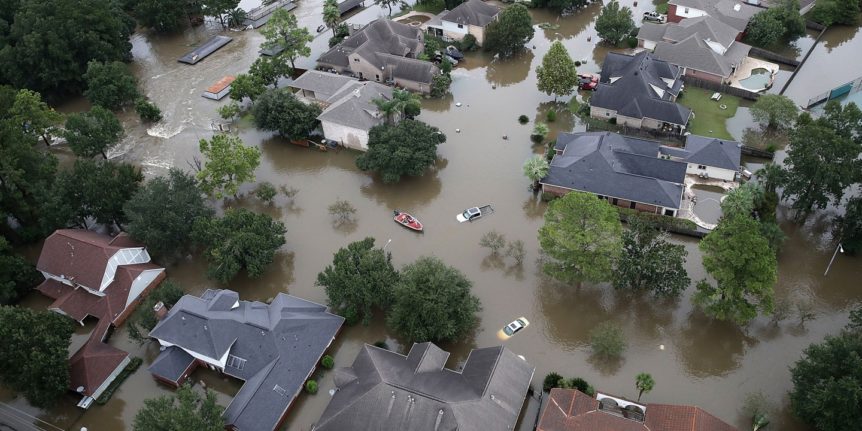 The GHBA is a founding member of Houston Stronger, a coalition of development stakeholders from around our region. The group’s initial purpose when it formed shortly after Hurricane Harvey was to push for what became the $2.5 billion Harris County Flood Control bond election to help fund a comprehensive regional flood control plan. That proposal was overwhelmingly approved in August of 2018.

Houston Stronger and the GHBA took a prominent leadership role in the Fight Flooding campaign that supported the bond package. We participated in strategy planning and fundraising efforts throughout the campaign and not only did the GHBA HOME-PAC contribute, we had dozens of GHBA members and member companies contribute substantial dollars to support the campaign’s efforts.

Following the successful passage of that measure and with an upcoming legislative session, Houston Stronger pivoted to make a push for a substantial allocation from the Economic Stabilization Fund (Rainy Day Fund) for both recovery and mitigation projects.

Our group worked throughout the fall prior to the start of the legislative session in January to develop a plan and strategy to maximize the best use of monies from the Rainy Day Fund. The plan was two-pronged. First, it would help provide communities the matching funds required to draw down substantial federal recovery dollars. And second, to create a Texas-wide flood infrastructure fund to help pay for future flood mitigation projects.

In addition to that being the centerpiece of our Rally Day advocacy in March, the GHBA has been lobbying throughout the legislative session for appropriating money from the Rainy Day Fund to help with both Harvey recovery and fund flood mitigation infrastructure. The legislature can and needs to help rebuild and protect communities across Texas as it supplements the funds to cover unmet recovery needs and provides funds for future capital mitigation projects.

To achieve these outcomes, the GHBA supported House Bill 13 by Representative Dade Phelan (R-Beaumont) which would have created a $3.26 billion fund that would allow communities to apply for state dollars for the construction of flood mitigation projects.

As both bills progressed through their respective chambers, the GHBA Government Affairs team and committee members met with numerous members of the House and Senate to advocate on behalf of the bills, as well as attend and testify during committee hearings.

After both bills were passed to the opposite chamber for consideration, we continued to work with House and Senate leadership on a compromise that would be beneficial for both Houston and the state of Texas.

After months of negotiations, on May 16 the Texas House passed SB 7 by Senator Creighton. Representative Phelan, the House sponsor, amended the bill to include the language from his HB 13 along with the original SB 7 legislation. The consolidated SB 7 will now establish two funds that will provide grants and loans for flood control and mitigation projects as well as Hurricane Harvey recovery.

The Flood Infrastructure Fund, which was included in Phelan’s original HB 13, will draw money from the Rainy Day fund and will allow eligible political subdivisions the ability to apply for money to help construct future flood mitigation and protection projects.

The Texas Infrastructure Resiliency Fund, which was included in the original SB 7, will allow cities, counties and other political subdivisions to apply for grants and low- or zero-interest loans. These dollars will be for matching funds for federal recovery monies, Hurricane Harvey specific projects, floodplain management and flood plan implementation.

Following its passage out of the House Senator Creighton said, “Today, the Texas House passed historic flood mitigation legislation that will benefit the state for generations. Hurricane Harvey was the worst storm in U.S. history and exposed serious weaknesses in our infrastructure, and this bill is a strong step forward to ensuring a more resilient Texas.”

On May 22, the Senate concurred with the House amendments to SB 7, which means this unprecedented legislation will now head to the governor’s desk for his signature. After he signs it into law, a constitutional amendment to create the Flood Infrastructure Fund will go to the voters in November.

It cannot be overstated that this legislation is truly historic. We have not seen the state government take a proactive role in preventing future flooding devastation since maybe the construction of the Galveston seawall following the storm of 1900. These funds are absolutely critical to helping protect our region from future flood events as well as helping to continue our recovery from Harvey which will last for years to come.