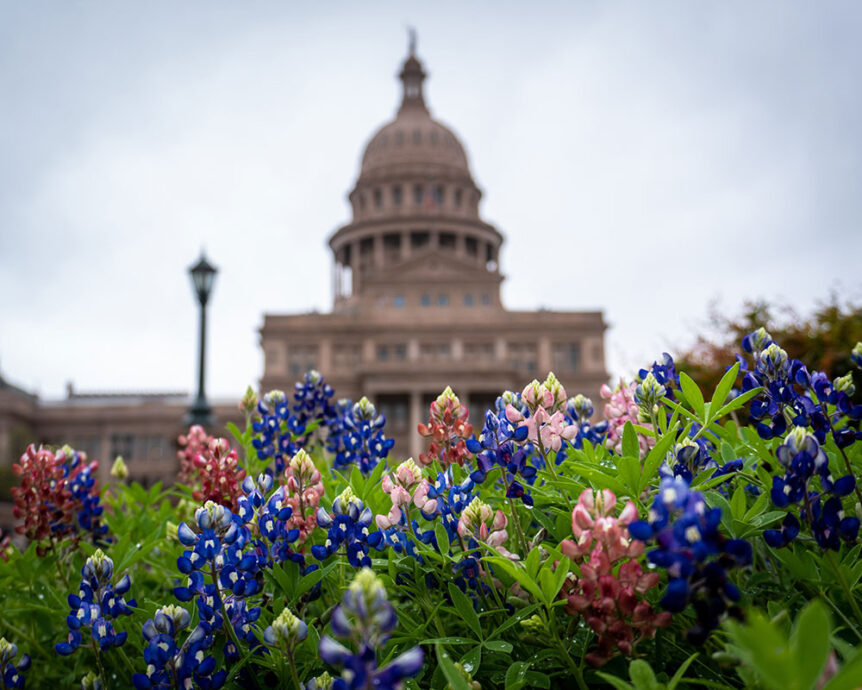 On January 12 at noon, members of the Texas Senate and House of Representatives gathered in their respective chambers at the Capitol in Austin to convene the 87th legislative session. That began the 140-day countdown to Sine Die (end of regular session) on May 31.

Members began filing bills on November 9, 2020 and had until March 12 to file bills without restriction. There were 7,148 bills and joint resolutions filed. Of those, only 1,081 (15%) passed to Governor Abbott’s desk and will either become law, be vetoed or will be decided by the voters of Texas in the constitutional amendment election in November.

With constitutionally mandated legislative deadlines and inherent procedural roadblocks, the Texas legislative process is designed to kill bills rather than pass them and that is reflected in the numbers.

The only bill the legislature must pass is a budget. This year that was Senate Bill 1 (SB 1). SB 1 is the budget for fiscal years 2022/23 and as passed by both chambers is approximately $248.5 billion, which is $13.5 billion or 5.2% less than the previous biennium’s budget.

This decrease is due in large part because the legislature has not yet appropriated nearly $16 billion in Coronavirus State Fiscal Recovery Relief federal funds. There had been contention between the legislature and the governor over the governor’s authority to unilaterally direct the use of those federal dollars.

In response to those concerns, the House included numerous provisions during the budget writing process that would have limited the governor’s role in allocating those dollars and placed that responsibility in the hands of the legislature.
Ultimately, a compromise was reached, those measures were removed and the governor agreed to add the appropriation of the $16 billion to a special session later this year so that the legislature would have a say in where those monies are spent.

Also included in the budget, and less controversial, was fully funding the public education commitment made last session, including an additional $3.1 billion for enrollment growth despite many districts facing enrollment declines following COVID-19; increased health care funding, including $8.4 billion to fund mental health programs throughout the state; and $30.2 billion to TxDOT for highway planning, design, construction and maintenance.

In addition to addressing the needs to help recover from COVID-19, we were all hit by Winter Storm Uri in mid-February which exposed some glaring deficiencies in the reliability of our power grid. The legislature undertook several measures to protect our grid from the issues we faced during Uri as well as mitigate substantially inflated energy bills that resulted from the storm.

These steps include protecting consumers from sky-high electric bills by banning the sale of products that leave consumers vulnerable to extreme fluctuation in electricity prices; providing a funding mechanism necessary to ensure the winterization of Texas’ power grids; reforming the Electric Reliability Council of Texas (ERCOT) board to ensure those on it are from Texas; and passing reforms to increase the reliability of the ERCOT grid, making sure Texas is better prepared for future extreme weather emergencies.

While the session has adjourned and will not meet again for a regular session until the second Tuesday in January 2023, the legislature’s work is not done. Not only will there be a special session this fall to discuss the appropriation of $16 billion in federal COVID recovery funds, the members of the House and Senate will also undertake the task of redistricting, which is the redrawing of maps for the state’s congressional, legislative and State Board of Education boundaries.

Redistricting occurs every 10 years following the release of the census data. Due to COVID-19, that completed census is not expected until September which will delay the new maps and ultimately delay next year’s primary elections.
There is a lot at stake for redistricting because how those maps are drawn can influence who is in power for the next 10 years, until the next census is completed.

On Tuesday, April 13, GHBA members participated in COVID-19’s version of the Texas Association of Builders Rally Day in Austin. With health and safety protocols still the highest priority and wanting to be a responsible community partner, this year’s edition was much smaller than it has been in the past.

In addition to our meetings in Austin, we were able to hold a Virtual Rally Day on April 19 with 11 separate meetings with delegation members via Zoom.

Each session, Rally Day is a special opportunity for our members to meet and directly engage with our state delegation members to advocate for the homebuilding industry. Although this Rally Day took a different form and was held during a much busier point in the session, the GHBA was still able to successfully share our message of housing affordability and home ownership with our elected officials.

In addition to Rally Day, members of the GHBA’s Government Affairs team testified and registered support for industry related bills throughout the session. We want to thank everyone who contributed their time and effort during this session. Thank you! Without your support and focus on advocacy, our industry would not be the driver of the Texas economy that it is today.

After disasters like Hurricane Harvey and during the pandemic, city inspection departments around our region were either shut down or slowed down for extended periods of time. And while they currently have the authority to use third-party inspectors, many cities chose not to use third-party inspectors to help alleviate the backlog in the inspection/permitting process, which caused even further delays.

These delays can add thousands of dollars to the cost of a project, negatively impact fiscal timelines and requirements and slow economic development for cities.

Outside of disaster times, most builders would gladly continue to pay cities their current inspection fees for the ability to pay a third party to conduct their inspections because they are more predictable.

SB 877 was signed by the governor on June 8 and is effective immediately. It will require cities to accept independent third-party inspections by qualified professionals during a declared disaster to help tackle the backlogs experienced in disaster areas. Using this tool will reduce project wait times and keep the residential construction industry operating as efficiently as possible during declared disasters.

As national energy code requirements become more stringent, there is growing concern that without alternatives to compliance these requirements will become too costly and rigorous for homeowners and builders.

Providing for an alternative pathway to achieve energy efficiency in homes in a way that allows homeowners and builders to choose the features best suited for them based on cost and preferences would be more beneficial to the consumer as well as increase compliance rates.

HB 3215 was signed by the governor on June 14 and will take effect September 1. It will allow the use of Standard 301 of the American National Standard for the Calculation and Labeling of the Energy Performance of Dwelling and Sleeping Units using an Energy Rating Index, as it existed on January 1, 2021, as a standard considered to be in compliance with certain state building energy efficiency standards. This standard would replace the Energy Rating Index Compliance Alternative and subsequent alternative compliance path for that purpose.