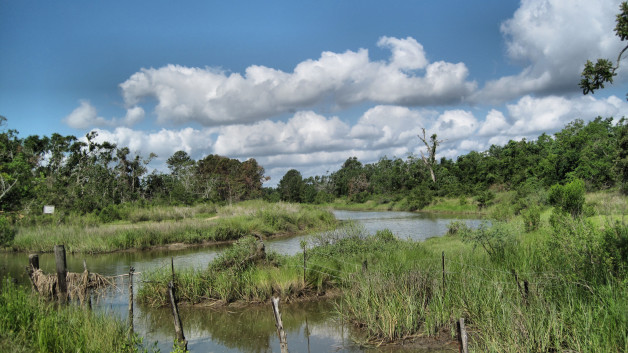 As we have documented previously, on June 29, 2015, the Environmental Protection Agency (EPA) and the U.S. Army Corps of Engineers (the Corps) finalized their much-discussed joint Clean Water Act (CWA) “Waters of the U.S.” (WOTUS) definition and rule.

The new rule would dramatically expand jurisdiction under the Clean Water Act and the ramifications of the rule would have been severely punitive on business—especially for the home building, land development, construction and transportation infrastructure sectors.

On November 9, 2015, the GHBA, along with other local development stakeholders (TARGET), filed a Petition for Review with the Sixth Circuit in an effort to fight against this government overreach on property rights. While other lawsuits seek to take down the entire new rule, our legal strategy is designed to remove the weakest and most scientifically vulnerable portion of the rule—the Texas Coastal Prairie Wetlands provision. The rule subjects the Texas Coastal Prairie Wetlands to case-by-case analyses and regulators are directed to consider them as a system.

If the Texas specific part of rule is permitted to stand, the economic vitality of our region will be severely damaged and land owners will have to forego the use of their property. The Texas portion of the new rule is a broad, subjective, “catch-all” approach by regulators to establish jurisdiction over vast swaths of land. This will severely threaten individual property rights, deter business investment, discourage relocation of new businesses and would limit or even eliminate expansion of local business operations.

On February 22, 2016, the Sixth Circuit panel asserted jurisdiction over the appeal and issued a nationwide stay which delayed the implementation of the 2015 rule. That stay, along with President Trump’s executive order in February of last year instructing a full review of the “Waters of the U.S.” regulation, gave our industry some hope that this overreach would be mitigated.

In late January of this year, the Supreme Court ruled unanimously that the Sixth Circuit Court did not have jurisdiction to be the sole venue for the hearings related to the new WOTUS regulations passed under the Obama administration and has instructed the circuit court to return the matter to the district court level.

While the 2015 rule is still currently stayed by the Sixth Circuit, that stay will dissolve in the near future, likely in the next 30 to 60 days.

While our group is concerned that the nationwide stay will be lifted, we are encouraged that the EPA and the Army adopted a new rule, only days after the Supreme Court’s ruling, that would delay any implementation of the 2015 rule until 2020.

This rule is intended to provide clarity and certainty about which definition of “waters of the United States” is applicable nationwide in response to judicial actions that could result in confusion.

According to the EPA Administrator Scott Pruitt, “The EPA is taking action to reduce confusion and provide certainty to America’s farmers and ranchers. The 2015 WOTUS rule developed by the Obama administration will not be applicable for the next two years, while we work through the process of providing long-term regulatory certainty across all 50 states about what waters are subject to federal regulation.”

As expected, supporters of the original WOTUS have challenged this rule in court in an effort to move implementation of the Waters of the U.S. forward.

Over the next few weeks, our TARGET stakeholders and legal counsel will meet to discuss our strategy in the coming months. There are already several options that we can take and we have been in contact with other groups and organizations that have filed lawsuits opposing WOTUS to get feedback on their strategy.

We will continue to be vigilant. The success of the Texas economy depends in large part on the availability of reasonably-priced housing and to keep housing affordable, we have to fight this type of government overreach.