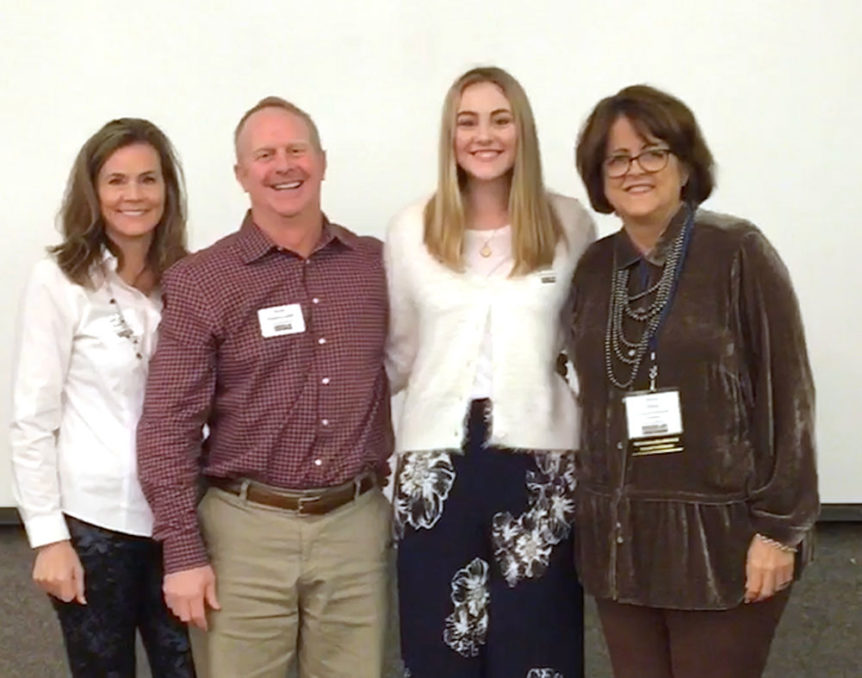 Each year, the GHBA Remodelers Council (RMC) awards two $1,000 scholarships. The scholarships are named in memory of Leo Meerman and Bill Carter.

Both Leo and Bill were longtime, active members and supporters of the RMC, and these scholarships pay tribute to their many contributions to the remodeling industry.

Scholarships are awarded to applicants who demonstrate the characteristics that both Bill and Leo personified: initiative, service to community and outstanding achievement. Applicants must also be immediate family members of an active GHBA Remodelers Council member.

Scholarships winners were announced at the Remodelers Council luncheon on January 9, 2020. They were presented by Education Committee Chair Sandra Crook, Greymark Construction.

Among many outstanding applications for this year’s scholarship, two stood out above the rest. Congratulations to Elizabeth Powers and Reed Butler!

Elizabeth Powers was awarded the Leo Meerman Scholarship. Elizabeth is currently enrolled at Texas A & M University majoring in Interdisciplinary Studies and has maintained a 4.0 GPA. She is involved in several ministry groups including those geared towards young children. She has held many leadership positions and is held in high regard by those who have hired her.

Elizabeth is the daughter of Jeannine and Breck Powers with LBJ Construction, a fellow remodeler and well known to the council.

The Bill Carter Scholarship program went to Reed Butler. Reed is currently attending The Kinkaid School and is in the top 25% of his class with a 3.85 GPA. He serves as the Governing Council vice president. He also plays football and lacrosse and participates in several other school clubs. Reed is very active in community service while maintaining his academics.
Reed is the son of Bo Butler, a fellow custom builder and past president of the GHBA.

Congratulations to all of 2019’s scholarship recipients. The Remodelers Council and the GHBA wish you all the best in your college careers and beyond!