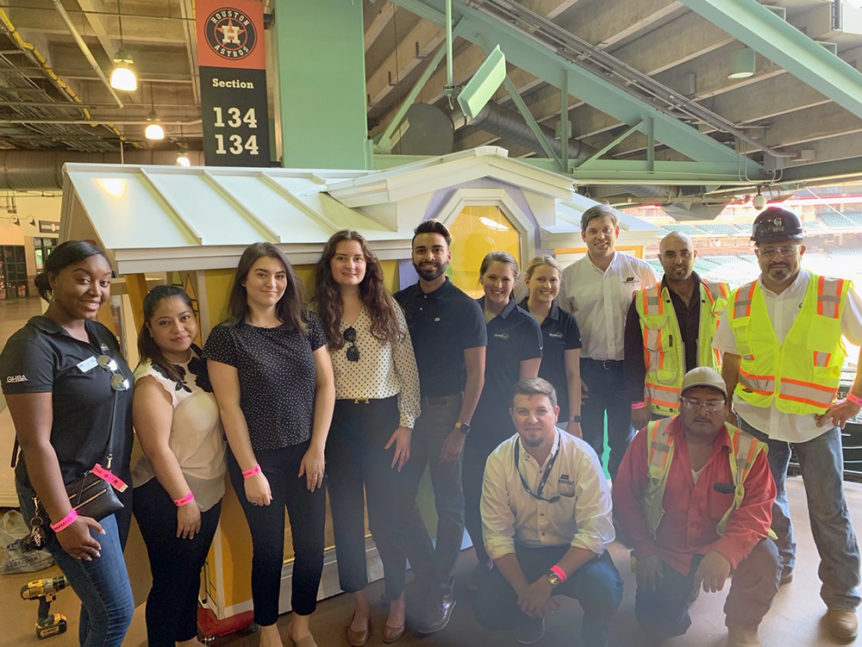 Heavy lifting, precarious unloading and delicate navigation were key in the safe arrival of HomeAid Houston’s Project Playhouse at Minute Maid Park where it will be on display from June 25 to July 7, 2019.

Satterfield & Pontikes and Newberry Architecture were in full force to make this happen as they are the design/construction team that created and built the Toy Box Playhouse. Assisting in the move was Greco Structures, a playhouse donor who contributed to the construction and provided transportation to the ballpark.

“This was a big event to transport the playhouse that includes so many amazing components. Its new home at Minute Maid Park will showcase its brilliant design.”

The Toy Box Playhouse design was inspired by every dream a child has about opening a toy box or stepping through the doors of a playhouse to begin an adventure while spending countless hours developing their imagination.

“Satterfield & Pontikes and Newberry Architecture were able to create that place for kids of all ages,” added Patrick. “It has been an amazing partnership working with their talented team.”

HomeAid Houston, S&P and Newberry Architecture are also partnering with the Houston Astros and the Astros Foundation on this year’s annual fundraiser.