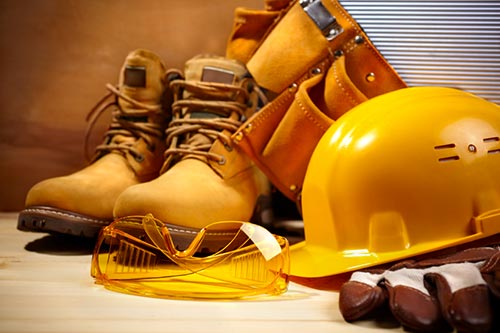 On May 24, 2016, the Occupational Safety and Health Administration (OSHA) issued a statement regarding the settlement to the agency’s Confined Spaces in Construction final rule. This settlement comes a year after issuing the rule and the subsequent opposition from the NAHB.

The rule, as published, was ambiguous in its definition of a “confined space” and would have been especially onerous on the residential homebuilding industry.

In March, OSHA issued its final rule that aims to protect workers from exposure to respirable crystalline silica. The new rule would reduce the allowed exposure to silica from 250 micrograms per cubic meter to 50 micrograms over an eight-hour period. The new standards took effect on June 23 and construction companies must comply within one year.

OSHA’s new rule also mandates that companies must record instances of worker exposure to silica and provide medical exams every three years for workers exposed to the substance for long enough periods to necessitate the use of a protective respirator for 30+ days a year.

The Construction Industry Safety Coalition (CISC), a consortium of 25 trade associations including the National Association of Home Builders (NAHB), has voiced concerns with the final rule. CISC estimates the new rule could cost the industry billions of dollars more than the government estimated, and predicted it will lead to the loss of more than 33,000 full-time jobs among contractors, equipment suppliers, and building products manufacturers.

“NAHB has long advocated the importance of the rule being both technologically and economically feasible,” said Ed Brady, chairman of NAHB. “While we’re still reviewing the final rule, we’re concerned that it may not adequately address these issues and take into consideration real-world application.”

OSHA Safety Certification Course this Month at the GHBA

The GHBA will be holding at two day OSHA training course on Monday, July 18 and Monday, July 25 from 12 p.m. to 6 p.m. on general construction safety and health. Topics covered will include: introduction to OSHA, general safety and health provisions, electrical, fall protection, personal protective and lifesaving equipment, hand and power tools, scaffolds, elevators and conveyors, excavations, stairways and ladders. The course is designed for: construction workers, foremen, job supervisors and anyone else involved in the construction industry.

Upon successful completion of the course, participants will receive an OSHA construction safety and health 10-hour course completion card. The cost is $130 for members and $155 for non-members with lunch included. To register for this class, please contact Peggy Means at (281) 664-1431 or pmeans@ghba.org.

For additional information on OSHA’s silica and confined spaces rules, please join us at GHBA’s next Remodelers Council Luncheon on August 9 at 11:30 a.m. at Lakeside Country Club located at 100 Wilcrest, Houston, TX 77042. The program will include detailed explanations on the two new OSHA rules, as well as the new energy code that takes effect on September 1.