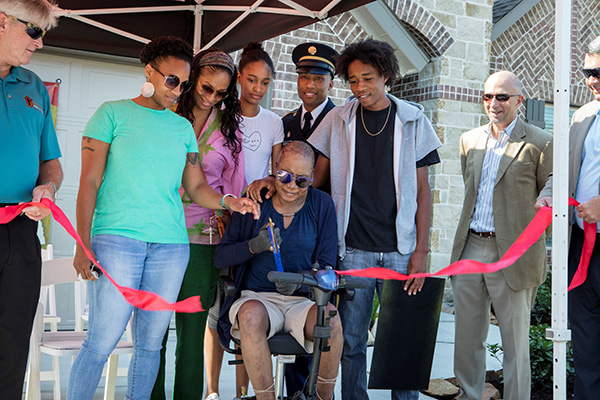 Family, friends, members of the Montgomery County Fire Department, Woodforest residents, Operation FINALLY HOME representatives and Coventry Homes staff were on hand to welcome Jarrett to her new home, provided free through the program. She and close family and friends were escorted to the one-story residence by the Patriot Guard Riders.

“I’m proud to say I’m finally home. I thank Operation FINALLY HOME and Coventry Homes and everybody that had anything to do with this extravagant blessing.”U.S. Army SFC Demitra Jarrett

After comments from Gary Tesch, president of McGuyer Homebuilders, Inc., parent company of Coventry Homes; Paul Blackburn, MHI region president; and Lee Kirgan, vice president of operations for Operation FINALLY HOME, Jarrett was treated to the first of several surprises — her brother, U.S. Army Corporal Tramel Peterson, who was waiting in her new home. Peterson had been deployed to the Middle East for the last year and is currently stationed in Baltimore. It had been about five years since the two had seen each other.

“The bond that my sister and I have is unbelievable,” Peterson said. “This day is so special not only because this is the dedication of my sister SFC Demitra Jarrett’s new home, but because this is like a reunion.”

Jarrett served two years in the Army Reserve before going on active duty in 2002. She has been deployed overseas multiple times — including twice to Iraq and once to Kuwait — and suffered serious injuries during her first deployment in 2003. Today, Jarrett suffers from PTSD, traumatic brain injury, lupus and rheumatoid arthritis. She has received many awards for her service, including the Meritorious Service Medal, Joint Service Commendation Medal and the Army Achievement Medal.

The 2,456 sq. ft. home is compliant with the American with Disabilities Act (ADA) and includes many customizations to accommodate the wheelchair Jarrett often must use, including the height of the countertops, a wheelchair-accessible sink and a microwave oven installed into the lower cabinets.

“Demitra especially loved the high ceilings in the home, the two master suites connected via closets and the automated doggie door for her dog Bootsy. It was an amazing feeling to walk through the home with her and know you’re making a difference for a person who has given so much.”Gary Tesch, president of McGuyer Homebuilders, Inc.

Operation FINALLY HOME has more than 200 homes in 33 states that have either been completed, are under construction or are currently in the planning stages. This is Coventry Homes’ second partnership with Operation FINALLY HOME. Woodforest developer Johnson Development also partnered previously with the organization on several projects.

Learn more about Coventry Homes at www.coventryhomes.com. Details about Woodforest can be found at www.woodforest.com. 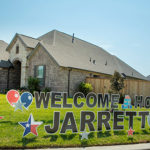 Working with vendors, suppliers and others, Coventry Homes built a mortage-free home through the Operation FINALLY HOME program for U.S. Army SFC Demitra Jarrett. She received keys to the home Friday, Sept. 29. 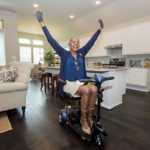 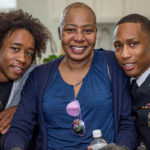