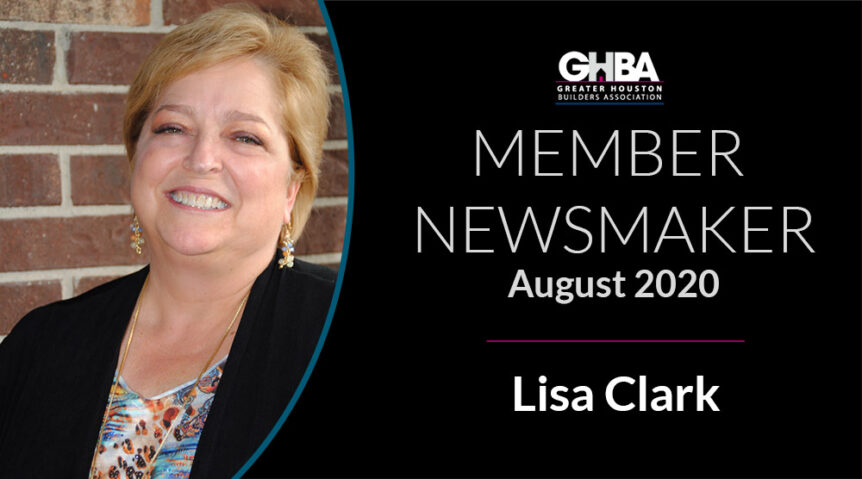 Lisa Clark is the senior vice president and general manager of Ryko Development, Inc. She is a decorated trailblazer in her field. To speak of Lisa Clark is to speak a list of firsts. The first female president of the Greater Houston Builder’s Association (GHBA). The first female Bay Area Builder/Developer of the Year. The first female recipient of GHBA Developer of the Year, an achievement Lisa has earned twice that recognizes her success in improving the political and economic climate for homebuilders and developers in the greater Houston area.

In 2018, Lisa was appointed by the president of the Texas Association of Builders to serve as chairperson of Developers Council to help create the initial formation, mission and structure of the council. Her experience as a chairperson extends over 25 years and includes a seat on the Houston Planning Commission, GHBA’s Dry Utility Taskforce, HomeAid Houston’s board of directors, Texas Association of Builders and the National Association of Home Builders boards of directors and several PACs that aim to protect the industry from overregulation and provide affordable housing in Texas. She was also elected as president of the Bay Area Builders Association in 1999.

Lisa Clark’s legacy is that of a problem-solver and a go-getter. Her distinguished career spans more than 30 years. As Ryko Development’s senior vice president, Lisa is heavily involved in each of Ryko’s communities. Her responsibilities cover every aspect of the community from land planning and creating MUD districts to overseeing the overall land development. Lisa is also involved in marketing the community, managing the custom homes sales team and outreach efforts to the Realtor community.

Originally from Williamsburg, VA, Lisa has called Houston home since 1996. She has been married to her husband, Randy, for 40 years and has two wonderful children: Jonathan, 38, and Melissa, 35.