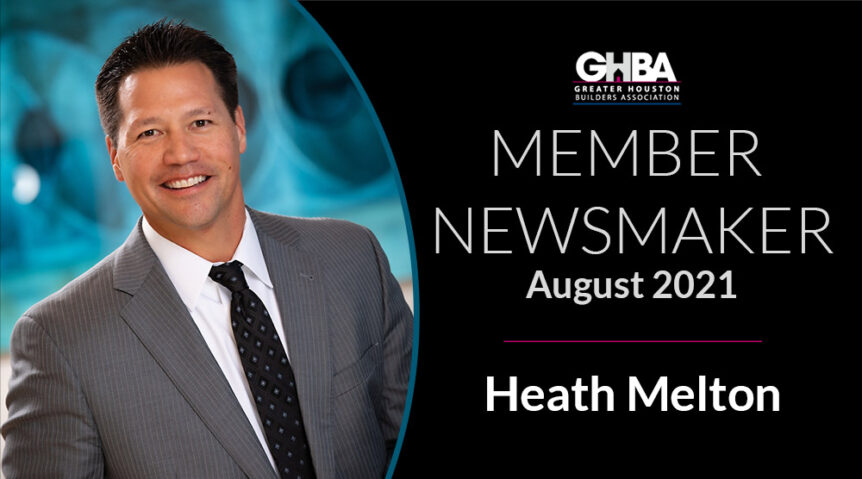 Under his leadership, Bridgeland is currently the #1 best-selling master planned community in Texas and #9 in the nation, year-end 2020 as reported by RCLCO. Also, under his tenure, The Woodlands was recognized as the #1 Best Community to Live in America by Niche.com while The Woodlands Hills continues to receive accolades, recently celebrating its third anniversary.

Prior to joining The Howard Hughes Corporation, Heath was a general manager for Travisso working for Taylor Morrison, Austin Division. Heath also worked for Sueba and KB Home in the Houston market.

Heath has a Bachelor of Science in business management and systems engineering from the United States Military Academy at West Point. Heath is proud to be a veteran, having served in the U.S. Army as a field artillery officer for five years where he deployed to Kosovo and Operation Iraqi Freedom, earning an Army Commendation Medal with Valor Device and Bronze Star.

Heath is a board member for the Greater Houston Builders Association—a position he has held for two years. Along with the GHBA, he is chair of the West Houston Association, on the board of directors for the Cy-Fair Chamber of Commerce, Cy-Fair Education Foundation, Conroe Lake Conroe Chamber of Commerce, Katy Economic Development Council, and Leukemia & Lymphoma Society (LLS) Gulf Coast Chapter. He is also an active member of ULI serving on a national Community Development Council (Blue Flight) and Memorial Hermann Cypress Advisory Committee.

Losing his mother to cancer approximately six years ago, Heath holds a special place in his heart for Light the Night, benefiting LLS. Heath has been involved with Light the Night for five years where he has made such an impact. Heath sat on the Montgomery County Light the Night Executive Committee and served as the local Executive Challenge chair where he challenged 35 executives from across Greater Houston to raise $10K+ each. Heath led the way by raising over $258,000 making him the number one individual fundraiser in the nation, and he did it all in the middle of a global pandemic.

Cumulatively, Heath has personally raised over $600,000 for LLS and has led Howard Hughes to raise over $1 million for the organization. Not only does he focus on raising funds, in 2020, he helped bring holiday gifts and other assistance to a local family of a childhood leukemia survivor by reaching out to other charity connections to make sure all of the family’s needs were met.

As a board member, Heath aided campaigns outside of Light the Night – connecting LLS to ISD superintendents and other corporations that can help fund a cure for blood cancer. Heath has represented Howard Hughes by speaking on numerous national LLS webinars and was named the 2021 Light the Night national ambassador. In this role, Heath is mentoring 75+ C-suite executives from across the nation to ensure their local Light the Night events are successful.

Heath and his wife, Shannon, live in Bridgeland with their two children Milan and Westin.