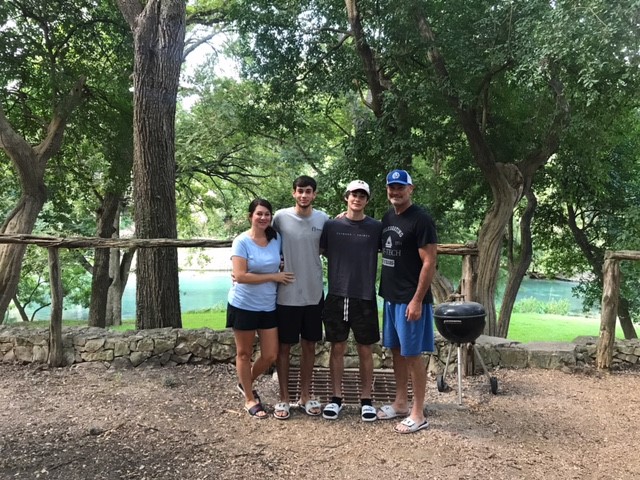 Chris Hawkins is the managing partner for Bayou City Risk. The company specializes in homebuilder and construction insurance/risk management. Chris has been a member of the GHBA since 1990—and an active one since day one. His involvement with the GHBA in many arenas has contributed to membership growth and sustainability. In 2007 he received the “Bud Inscho Associate of the Year” award, and has expressed his appreciation and honor to have been associated with Bud personally. “He was one of the kindest, most welcoming members of the GHBA that I have known,” said Chris. “I felt privileged as an associate member to receive an award in his name.”

Chris has served on the local and state board of directors for GHBA for a number of years. He has also chaired the Associate Council and Membership and Retention committees. Chris has also served on the board of directors for HomeAid Houston since 2006, serving as president in 2009. “Brian Binash invited me to volunteer with HomeAid, and I’m forever thankful. I would also like to express my deep gratitude to HomeAid for allowing me the opportunity to work with a person as special as Bette Moser, retired executive director.

“Since I’m naming names, I would like to recognize the passing of one of my association mentors, Max Hoyt, CEO of the association when I joined the GHBA. He made it a point to say hello and visit for a moment at every event. He helped me navigate my way through the association, and was happy to do it. Rest in peace Max and thanks for everything. “

Chris is also a “social icon” at GHBA. He often partners with one of his best friends and another GHBA standout, Greg Tomlinson to man the BBQ pit and even act as server to the masses who always manage to find their way to whatever event they are either competing in or just donating their culinary talent and food, to make GHBA events more fun and always memorable.

Chris is also a long-time chair and co-chair of the HomeAid Charity Golf Tournament. He donates his time and money to serve HomeAid and the homeless of Houston. His commitment and devotion to HomeAid is so strong, that once he served the required 9-year term, he was asked to return to the board for another 9 years.

Chris and his wife Dee have two sons, Zack and Cody.

Chris Hawkins list of positions over the years is impressive and are listed here: