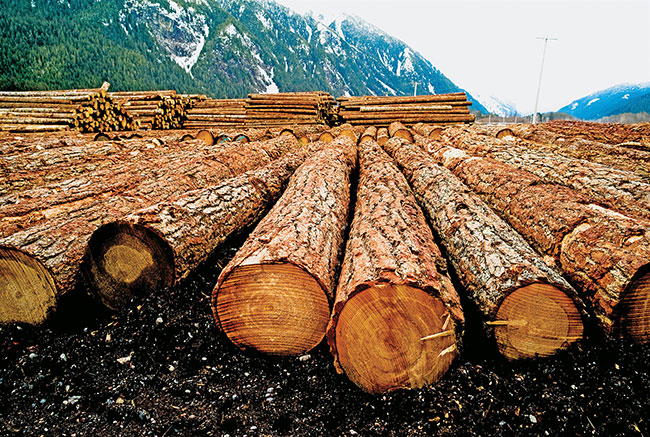 NAHB has been closely monitoring the situation regarding U.S.-Canadian lumber trade. To provide a quick background, the Softwood Lumber Agreement between the United States and Canada expired on October 12, 2015. There was a one-year cooling-off period where neither country was allowed to engage in litigation on the issue. That cooling-off period expired last October.

On April 24, 2017, the U.S. Department of Commerce announced countervailing duties of up to 24 percent to be imposed on shipments of softwood lumber from Canada, retroactive to 90 days. This action was taken at the behest of the U.S. Lumber Coalition, an alliance of domestic softwood lumber producers.

NAHB was expecting this action from the Trump Administration and has been preparing a strategy to mitigate the effects of this tariff.

We are also highlighting that American producers, which cannot produce enough lumber to meet the nation’s needs, continue to export lumber to countries like China because it is more profitable to sell abroad then home in some circumstances. We need to “Sell American” and reduce lumber exports.

Second, as we fight to free up additional domestic harvest and to curb exports, we still need other sources of lumber. Last year, 33 percent of the lumber used in the U.S. was imported, and the bulk of those imports – more than 95 percent – came from Canada. Canada remains our best option to fill the need for lumber.

NAHB is working with the Canadian industry, provincial governments and federal government to encourage them to negotiate a new, fair softwood lumber agreement. Because the timber industry is a much larger component of the Canadian economy compared to the U.S., the Canadian government will be under a great deal of pressure to accept a new agreement deal that, most likely, will be unfavorable to U.S. lumber consumers.

Third, NAHB is exploring new markets. Chile makes the most sense from a legal perspective as our two nations have a Free Trade Agreement that covers lumber. We have worked with the Chilean government and industry to help their lumber products meet American standards and to perfect their supply chain; however, developing this market will take time. Other potential markets include Sweden and Brazil, which faces the same challenges as Chile.

Finally, we are exploring the idea of leveraging our members’ buying power in the market. Staff is beginning to examine the feasibility of creating a national buying co-operative that uses our federation structure as the supply chain. State and local HBAs could opt in to such a co-operative.

As we work through the strategies outlined above, NAHB will continue to make our views known to the Trump Administration and Congress. We will also keep making our case to the media that these tariffs harm housing affordability and hurt home builders and other U.S. lumber consumers.