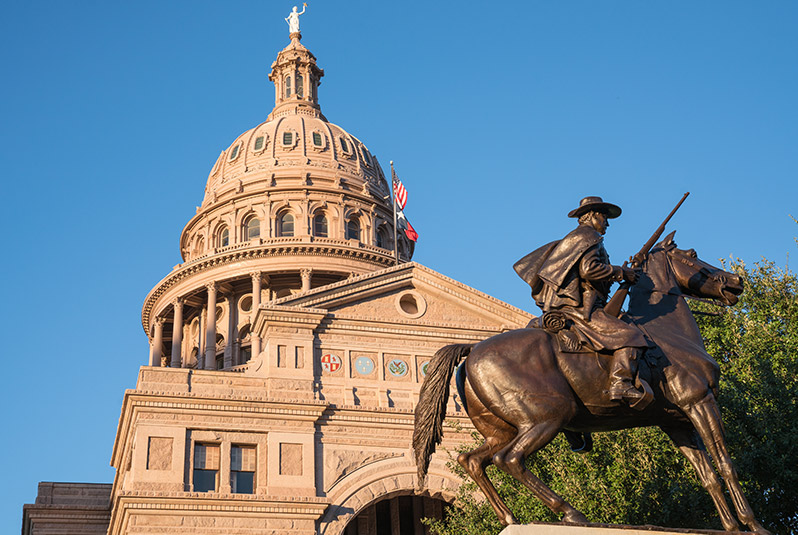 The 86th Texas Legislative Session will adjourn Sine Die on May 27. And while there is less than a month remaining in the 140 day session, the next few weeks will see a frenzy of action with the House and Senate passing more than 1,000 bills that will be sent to Governor Abbott’s desk for his decision to sign those into law or veto them.

There is only one bill the legislature must pass each session: The Budget. The budget funds the state’s operations for the two year biennium following that session. This session the budget originated out of the House and has been designated as House Bill (HB 1). The chambers alternate the responsibility of introducing the bill each session.

Now that both chambers have passed HB 1 they must work together to reconcile a compromise before it can head to the governor’s desk for his final approval. The next step is a conference committee. The speaker of the House and the lieutenant governor each chose five members to represent their colleagues in negotiations towards a resolution.

Those 10 members, along with the speaker, lieutenant governor and the governor, will work for the next few weeks to resolve their differences on spending priorities and methods to arrive at an agreement. If they cannot reach a deal by the end of session, Governor Abbott will be obligated to call a special session to complete a budget for the next two years.

As the session winds down, there are several mandated deadlines for action on legislation and members will be scrambling to save their bills at the last minute. The deadline for the House to pass a majority of the remaining House bills or joint resolutions is May 10 at midnight. There will be thousands of House bills that will not meet that deadline and will be considered dead when the clock strikes midnight.

The legislature will continue to debate major priorities facing our state, including property tax reform, public school finance reform and Harvey relief funding. Along with those issues, there are hundreds of pieces of legislation that could impact our industry, and the GHBA Government Affairs team will be active in working with our delegation in Austin to protect housing affordability for our region.

The GHBA has been lobbying for appropriating money from the Economic Stabilization Fund (Rainy Day Fund) to help with both Harvey recovery and fund flood mitigation infrastructure. The legislature can rebuild and protect communities across Texas as it supplements the funds to cover unmet recovery needs and provides funds for future capital mitigation projects.

We are advocating for the creation of a Texas-wide flood infrastructure fund to pay for future flood resilience projects that could prevent or reduce the chances of flood damage. In addition, we are supporting appropriations to help maximize federal funding for recovery needs by covering the local match requirements for Texas communities that do not have the required dollars necessary to draw down substantial federal funding.

Both bills were voted unanimously out of their respective chambers and each will head to the other wing of the capitol to be consider in those bodies.

House Bill 2439 by Representative Dade Phelan (R- Beaumont) and Senate Bill 1266 by Senator Dawn Buckingham seek to prohibit cities from using building codes or other local ordinance powers to mandate the use of certain products in construction and result in the direct or indirect prohibition of other code approved products.

It’s become a trend for local governments to pick winners and losers in the competitive market by abusing building codes for vendors, creating monopolies, increasing construction costs and reducing the viability of affordable housing.

This legislation would help protect Texas’ free market values and prohibit local governments from requiring only certain types of building products or construction methods, which effectively bans the use of other generally approved products that meet or exceed industry standards and building code requirements.

House Bill 2439 by Representative Geanie Morrison (R- Victoria) and Senate Bill 985 by Senator Lois Kolkhorst (R- Brenham) will help crack down on disaster scam artists by criminalizing violations of the disaster remediation contracts statute in order to protect those residents hit by disasters.

These criminal penalties would not apply to law-abiding contractors, builders or remodelers that have held a physical business address in the county or adjacent county for at least one year and require upfront payments or deposits.

GHBA CEO Casey Morgan testified in favor of SB 985 when it was heard in the Senate Business and Commerce Committee in April. It was left pending in committee and is awaiting action by the committee to send it to the Senate floor.

HB 2439 was heard before the House Business & Industry Committee and is awaiting action by the committee to send it to the Calendars Committee for placement on the House calendar.

**Please note, all updates were accurate at the time of publication.