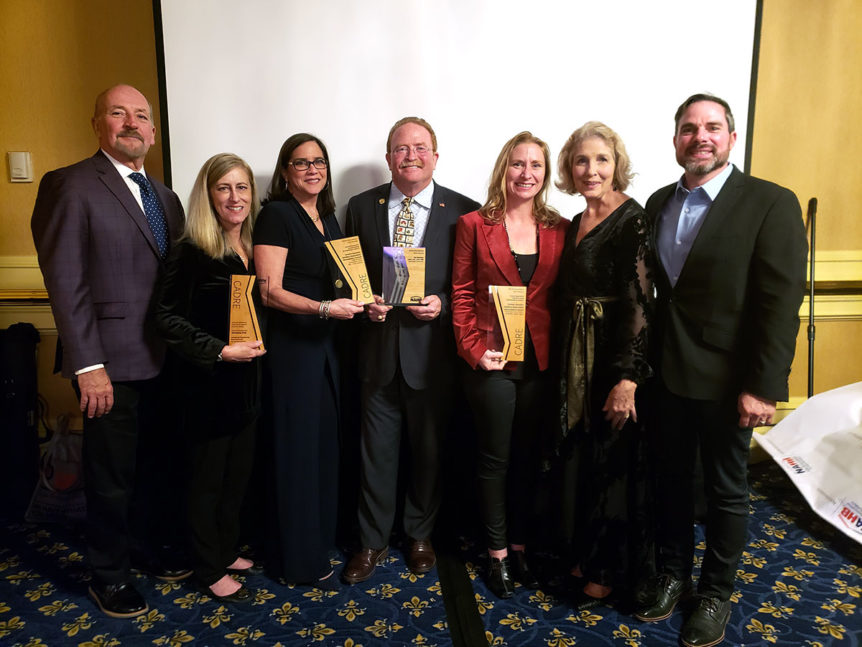 Houston Remodelers Council honored with Awards from the National Association of Home Builders in Washington, D.C.

The Greater Houston Builders Association’s (GHBA) Remodelers Council was honored to receive three national awards, and a longtime member was inducted into the Remodelers Council Hall of Fame by the Washington, D.C. based National Association of Home Builders (NAHB), at an event held during the International Builders Show in Las Vegas on January 21, 2020.

Dan Bawden, GMB, CGR, CAPS, CGP, of Legal Eagle Contractors, was inducted into the NAHB Remodelers Council Hall of Fame. Dan has an award-winning, 40-year career in remodeling and new construction and served as the 2017 NAHB Remodelers Council chairman. Dan is a champion for those with physical challenges, promotes independent living, and helped build the Certified Aging-in-Place (CAPS) program. Dan was recently honored with the National Instructor of the Year by the NAHB.

The Council Awards for Demonstrating Remodeling Excellence (CADRE) are presented annually to local remodelers councils and individuals whose work exemplifies the best practices of the remodeling industry. The CADRE is the NAHB Remodelers’ highest national award for work at the local level.

The GHBA Remodelers Council strongly believes in sharing its expertise with community non-profit organizations, specifically with a goal of improving facilities that serve the homeless. The GHBA has had a 16-year partnership with HomeAid Houston to provide remodeling and small construction services to area homeless care agencies. In April 2019, more than 50 volunteers from the Remodelers Council — representing more than 40 companies — worked closely to remodel several apartments to benefit A Caring Safe Place/Lydia’s Place, an organization committed to providing housing and services for homeless men who suffer from addiction and/or are HIV positive. The council also worked with the Santa Maria Hostel, which provides services to women including homeless female veterans, to renovate and make improvements to a multi-purpose area.

The Public Relations CADRE was presented to the council for promoting the message “Hire a Professional Remodeler” for 20 years to Houston-area consumers through print, social media, radio and TV. During this time, two hurricanes caused extensive damage to the city and made homeowners realize the importance of hiring professional contractors who are trustworthy. The award was accepted by Donna Buenik, GHBA director of builder programs, and Amy Ahlbrand Robinson, public relations board director for the past 11 years.

The Associate of the Year CADRE was presented to Amy Ahlbrand Robinson, M.Ed., of Ideal Consulting. An active Remodelers Council member since 1999, Robinson has been an advocate for the council in many ways, serving as the public relations board director since 2009, on the Education Committee and the GHBA executive board. Robinson works tirelessly as a dedicated and positive force in helping to increase revenue, awareness and success of the council. She was instrumental in establishing a relationship with the Houston Chronicle, the largest daily newspaper in the city. The Houston Chronicle has since featured the work of GHBA professional remodelers for the last 19 years. Amy was presented with the 2013 Presidential Citation by the GHBA for her many years of service. Robinson was the editor of the Houston Remodeling Guide through 2018.

The Houston Remodelers Council wants to thank its members for volunteering their time, materials and services to the annual projects and board positions that are so important to the council’s long history of success.