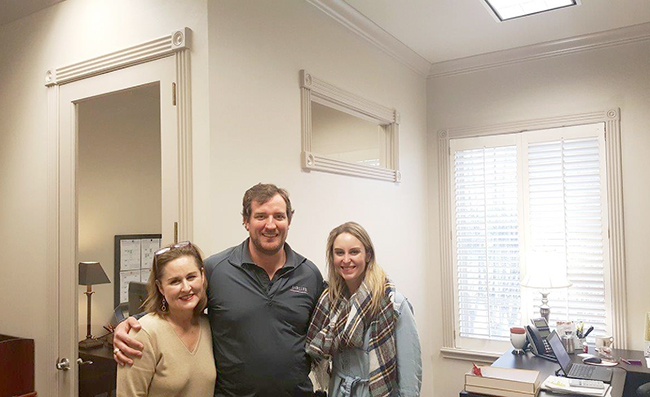 In December 2016, the HomeAid Houston “headquarters” received a much needed remodel at the GHBA offices.

The HomeAid staff has shared one office space for 10 years on the second floor. Casey Morgan, GHBA CEO and Bette Moser, executive director of HomeAid, decided to join forces and tap into the talent of the GHBA membership to reinvent the space. The challenge was to convert a big work space into two separate offices and maintain as much storage as possible, keeping both areas lit with natural light. Matt Sneller with Matt Sneller Custom Homes and Remodeling, provided his expertise, his skilled crews and a significant in-kind donation of labor and materials to create the perfect work space for the charity.

“As HomeAid continues to grow, our ‘headquarters’ have stretched to the maximum. We have worked with Matt and his crew on remodel projects for our agencies, so we’ve seen their beautiful work and knew we were in good hands. The space turned out exactly like we wanted it. We can’t thank Matt, his crew and the GHBA enough for this wonderful new work environment!”Bette Moser, HomeAid executive director