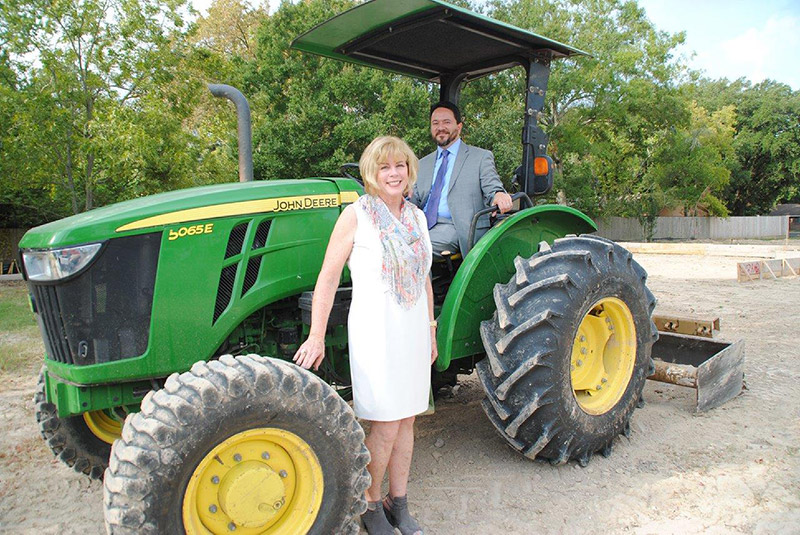 After 13 years of service and dedication to HomeAid Houston, Bette Moser is retiring as executive director. Bette will be assisting the new Executive Director Carl B. Salazar through the transition that began August 14. As part of his many responsibilities, Carl will be working with the HomeAid board of directors and leading the HomeAid staff.

A native of Santa Fe, New Mexico, Carl comes to HomeAid from the City of Houston where he served as director of veterans affairs under both Mayors Turner and Parker. In this role, he led efforts to serve veterans and their families with support in employment, mental health, housing, and other needs. Salazar graduated from the U.S. Naval Academy in Annapolis, Maryland and served 11 years that included deployment in the Persian Gulf during Operations Desert Shield and Desert Storm.

Carl is a graduate of the Booth School of Business at the University of Chicago with an MBA. His business career includes roles in manufacturing, distribution, and management consulting. He also launched Expedition Balance, a 501c3 charity that serves veterans with yoga, mindfulness, and other tools to help them heal from invisible wounds of service.

“HomeAid considered a tremendous list of candidates for the executive director position,” said Bill Dalton, president of HomeAid. “Carl Salazar stood out among the best candidates for the position. His depth of experience and his personal commitment to bettering the lives of others reflect his work ethic and his level of integrity.”

“I am so excited to get to work for HomeAid Houston, and following in the footsteps of Bette Moser, who did such great work as the first leader of this organization,” said Carl. “Service is and has been an important part of my life since I joined the Navy as a teenager. Doing this work in a community I have grown to love so dearly is a dream come true.”