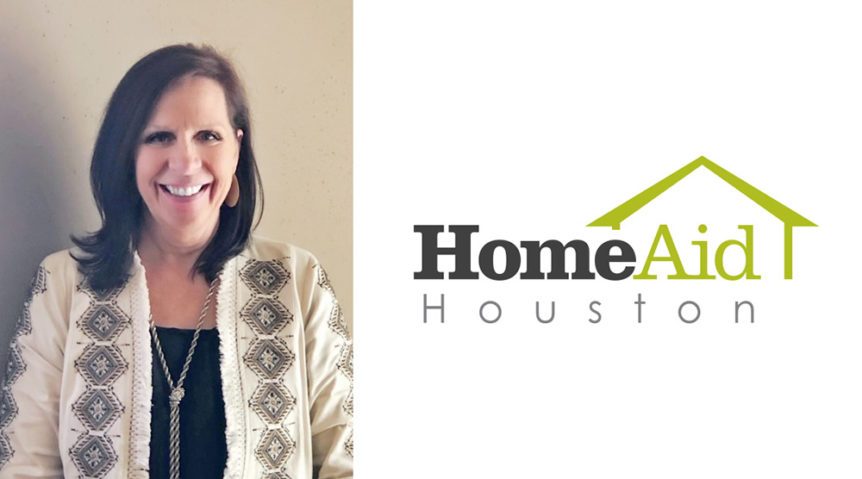 Carole Brady has been named the new executive director of HomeAid Houston beginning July 1. She comes to HomeAid from Family Promise of Lake Houston in Humble, Texas where she held the position as executive director for 10 years. As part of her many responsibilities, Carole will be working with the HomeAid board of directors and leading the HomeAid staff.

Carole began her corporate career as a regional manager (acquisitions/HR) for apartment complexes across the country. Through this opportunity she served on a local non-profit board for the first time, where she was instrumental in helping to acquire an expiring Mod 8 housing property that could leave over 300 people homeless. Her efforts helped secure the property’s purchase and ensured housing in the community.

Carole has been with Family Promise since 1998, forming Interfaith Hospitality Network (IHN), the umbrella group for the Family Promise chapters, as a board member in Loveland, Colorado. She became executive director and began working as a part of the National Training Team forming new networks across the country. After six years, Carole took the position of Mid-Atlantic regional director for National Family Promise in Philadelphia.

With the desire to work one-on-one with Family Promise residents, Carole accepted the position of ED of IHN of the Main Line and remained there for several years. She developed and trained a network of directors throughout the U.S., and designed life skills classes that are currently being taught at many of the Family Promise sites.

Carole lives in Kingwood, TX with her dog Isla—who works two days a week as a therapy dog for the children in the network.