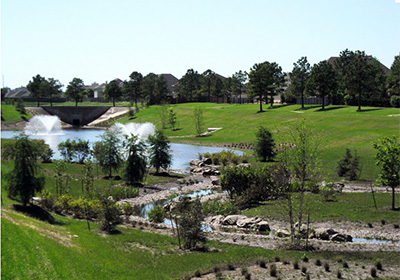 Earlier this year, the Internal Revenue Service (IRS) released proposed Treasury Regulations which, if enacted, would greatly change the guidelines for defining a “political subdivision” for purposes of issuing tax-exempt bonds.

The inclusion of the two new tests is problematic because of how tight the requirements are written. To satisfy whether an entity serves a “governmental purpose” the focus will not only be on the purpose for which the entity was created, which is usually determined from the legislation authorizing its creation, but also the entity’s conduct after its creation and whether it provides a significant public benefit with no more than incidental private benefit.

The definition of whether an entity is “governmentally controlled” is the most concerning. The proposed regulations provide rules for determining both what constitutes control and which parties must possess the control for this requirement to be met. They define control to mean “ongoing rights or powers to direct significant actions of the entity,” and set forth three non-exclusive benchmarks of rights or powers that constitute control. They also define that control be held by either a general purpose State or local governmental unit or in an electorate established under an applicable State or local law of general application, “provided the electorate is not an unreasonably small number of private persons.”

The GHBA is very concerned that the proposed regulations will significantly undermine the ability of Texas municipal utility districts (MUDs and other similar districts) to cost effectively finance the water, sewer and flood protection facilities that our members rely on in providing high quality housing in well sought after communities.

In an effort to oppose the proposed rules, the GHBA has engaged the Texas Association of Builder (TAB), the Utility District Advisory Corporation (UDAC), the National Association of Builders (NAHB) and other state and local stakeholders to refine a strategy and identify next steps. Public comments were due on May 23, 2016 and a hearing held on June 6.

After working to craft comments opposing the proposed regulations, UDAC submitted 48 pages of comments to the Treasury and subsequently, the GHBA also submitted a letter supporting those comments and outlining our concerns.

If Texas MUDs are unable to issue tax exempt bonds to finance infrastructure facilities, it will certainly impact the cost of housing throughout Texas and in particular the greater Houston area. That said, we do not anticipate any action will be taken regarding these rules for the remainder of the year and it is difficult to predict whether this will be a priority for a new administration. We will continue to track these proposed regulations as they move through the rule-making process.