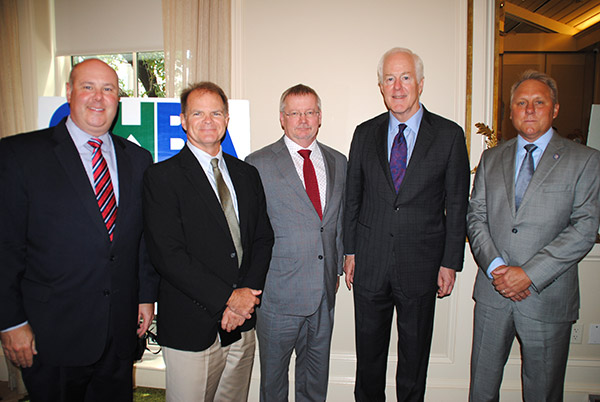 The event provided the GHBA with a unique opportunity to present Senator Cornyn with the NAHB Defender of Housing Award for his continued commitment to the housing industry during the 114th Congress. Senator Cornyn provided the crowd with an update on the current state of the U.S. Senate, a preview of the November election and the status of the EPA’s overreaching “Waters of the U.S.” rule.