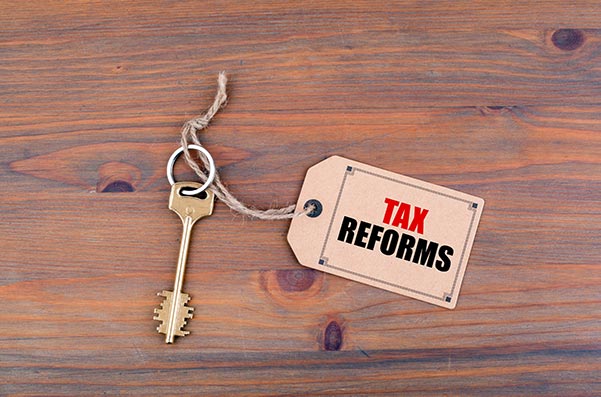 On Wednesday, December 20, 2017, Congress voted in favor of the $1.5 trillion Tax Cuts and Jobs Act that will, according to the Tax Policy Center’s analysis, result in eight out of 10 people paying lower taxes next year.

The Senate passed the bill 51-48 along party lines. It passed the House of Representatives 224-201 with 12 Republicans voting against the bill.

The size and scope of this bill makes it the most significant legislative accomplishment for Republicans since they gained control of the House, Senate and White House last November. They estimate that a typical family of four earning the median family income of $73,000 will receive a tax cut of $2,059.

Texas played an integral role in the passage of the tax reform bill. The House efforts were led by GHBA delegation member Rep. Kevin Brady (R-The Woodlands). Rep. Brady was the author of the bill and is the chairman of the House Ways and Means Committee which is solely responsible for initiating any legislation relating to taxation. In the Senate, our Senior Senator John Cornyn (R-Texas) was vital in shepherding the bill through the Senate. As majority whip, Senator Cornyn is the second ranking Republican in the Senate and is responsible for getting vote commitments from his party on major legislative items.

As we try and determine how this tax reform will affect us personally, it is important that we take note of the impact it will have on the homebuilding industry. According to the NAHB, the bill will “maintain the nation’s commitment to affordable housing and ensure that small businesses are treated fairly relative to large corporations.”

Key highlights of the bill according to the NAHB:

It will take months and, in some cases, years to ascertain how this will affect taxpayers and business owners and what affect it will have on the economy, but we will continue to report on statistics and feedback we receive as the new provisions take effect.