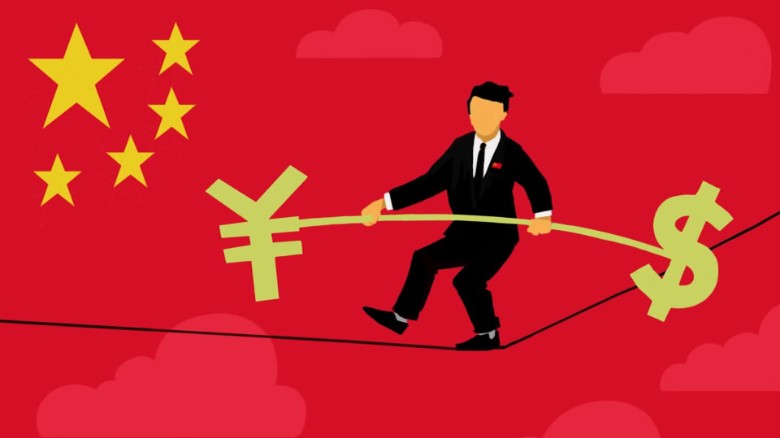 Over the last several years, the economic data coming out of China has not been particularly good. GDP growth in 19Q2 was 6.2%, a three-decade low. While the Chinese publicly say that the trade war with the U.S. and global slowing are the culprits and that 6.2% is not bad for a middle-income nation, the weakening growth is a sign of a much more serious problem.

In short, despite, or more accurately because of the policies pursued by President Xi, China will, like most nations, fail to make the leap from middle-income to wealthy, and in the process will fail to overtake the U.S. as the globe’s largest economy.

To begin with, official data overestimates true growth. A recent paper that looked at real Chinese economic activity by drilling down to tangible visible variables, such as electricity consumption and port activity, found that growth between 2010 and 2016 was about 20% slower than what was reported.

In addition, Chinese growth at this stage of their economic development is not keeping up with the growth patterns of Japan, South Korea and Taiwan, the economies China is most trying to emulate. Those nations all experienced many decades of superfast growth and only began to slow as they approached developed nation status—the 1970s for Japan, and the late 1980s and early 1990s for the others.

By contrast, China’s growth rate has been consistently below that of the trio above at similar stages of development.

For example, when Taiwan’s per capita income was where China’s is today, Taiwan kept growing at 7.5% for another decade while South Korea grew at 6.3%. China will soon have a hard time keeping growth much above 5%.

This slowdown is the result of China’s commitment to state control over the economy. Making matters worse, since about 2005, the government has tightened its control over the sectors of the economy it considers militarily or economically strategic. As a result, competition in those areas has decreased and productivity and economic growth have slowed.

Another reason for slipping growth is an over-reliance on debt to stimulate the economy whenever growth slows. As a result, the Chinese debt-to-GDP ratio is three times higher than that of its east Asian peers at similar stages of development.

This huge debt overhang not only limits the use of fiscal policy in the future but is compounded by an over-reliance on infrastructure spending. Decades ago, when roads were bad and housing was drastically substandard it made sense, but no longer. As a result, the return on capital has plummeted from almost 20% in 2007 to 8.4% in 2017.

But if, as is more likely given the problems just discussed and given irreversible demographic trends resulting from the now discarded one baby policy, Chinese growth is just one percentage point/decade lower (thus averaging 5% growth in the 2020s, 4% in the 2030s, 3% in the 2040s, and 2% in the 2050s), China will, at best, come close to catching the U.S. And as their population is four times larger, they will forever remain a relatively poor nation.