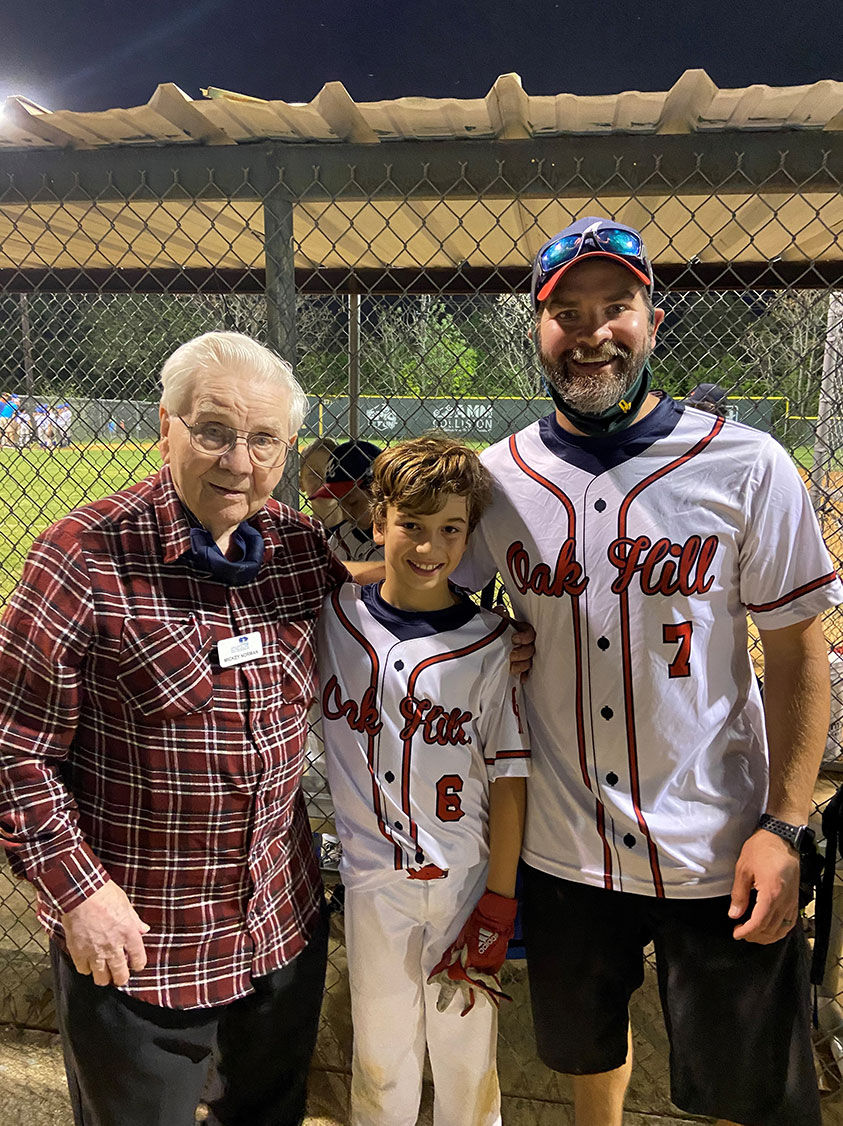 An out-of-the-blue phone call to Aimee Bertrand, the new CEO of the GHBA, turned into a sort of surreal conversation for Aimee with a voice from the past. 98-year-old J. S. “Mickey” Norman, GHBA’s 1960 president, still receives the Houston Builder magazine and noted the article with her introduction.

“I read that magazine from cover to cover every month,” said Mickey. “I saw the article about Aimee Bertrand and decided to call and wish her well. I have great memories of being part of the Greater Houston Builders Association.”

Mickey Norman is not easily forgotten around the GHBA or within the industry. Though his prime time at the GHBA was his term as president in1960, his contributions to the association, the City of Houston, and the industry itself are felt every day by industry vendors, suppliers, trades and by homeowners in the Houston metroplex and throughout the country.

Mickey shared a few challenges the association experienced more than 60 years ago. “We were committed to building membership back then, just as I’m sure is the case every year for a membership-driven organization,” he said. “We looked for quality members and focused on identifying those companies and getting them signed up.”

“We created the first Parade of Homes to help introduce new builders to the market and also created the Builder of the Year Award. We held meetings in the old Shamrock Hotel Banquet Room to talk about local, state and national legislation that was affecting the homebuilding industry. Our builder contingency was so active in government affairs, we were often mistaken for members of City Council,” Mickey added.

One of Mickey’s most notable challenges and accomplishments was leading the committee that wrote Houston’s first building code. “That was one of my biggest concerns,” he said. “Houston had no building code, and the city was growing quickly. You can imagine how problematic that was to a boom town like Houston. Writing building code had been talked about for years, at least since 1950. We were able to pass it in 1960, and that helped ensure homes were built to its standards.”

Mickey graduated from Rice University in 1944 with an Engineering Degree that was subsidized by the U.S. Navy. After returning home from service, he went back to school at South Texas College of Law, where he studied at night to obtain his law degree. He became a lawyer in a family of homebuilders. His father and brother started Norman Enterprises and helped pioneer the Spring Branch area. Mickey eventually joined them as a builder and helped construct the first GI Homes for World War II vets returning home. “We built small homes, about 1,200 to 1,500 square feet, at $10 per square foot,” he said. They also built apartments in Texas City and Galveston.

In 1952, Mickey bought an oversized lot in Tanglewood for $8,000. He designed and built the home where he and his wife raised their family. They lived in that home for 60 years and then sold it for $1 million. “I’m living off the profit of that investment,” he said. Mickey’s wife recently passed away.

Mickey shared a story about the black and white photo that is framed and located in the GHBA library of he and Lyndon B. Johnson.

“I was definitely not a fan of LBJ and his politics, and that was widely known! He was running for office and came to Houston and Dallas to visit with the homebuilding industry leaders. Being a foot and a half shorter than LBJ, I had to stand beside his podium since I couldn’t see over it, and say a few nice things about him. They took that picture, and there it is for posterity!”

Mickey became the NAHB president in 1975. In 1981 he was inducted into the Housing Hall of Fame in Washington D.C. “in recognition of his lasting contributions to the cause of providing all Americans with decent and affordable housing.” During his tenure as NAHB president, he led a vigorous fight against high interest rates, tight money and deep unemployment in the housing trades. Another hallmark of Mickey’s career was his resolve to improve the economic climate for home building. As a friend of the consumer, Mickey worked diligently in the formation of the Home Owners Warranty program.

Today at 98 years old, Mickey is still a vibrant personality and full of great memories of his journey within his many careers, especially as a homebuilder and leader in the homebuilding industry. He spends time with his family in Austin where four generations can be found at the ballfield. Mickey’s 70-year-old son Jim, takes him to watch his grandson coach his great-grandson’s baseball team!