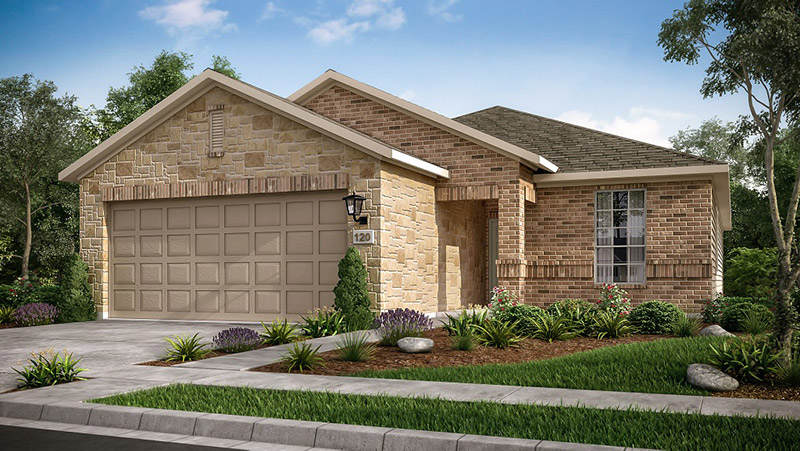 The GHBA’s 38 year old charity fundraiser, the Benefit Homes Project, continues its commitment to the community in 2018 with the partnership of two new builder/developer teams. Taylor Morrison Houston is donating its own lot in Grand Vista. The builder will be breaking ground in late April on its Rosebay A elevation plan.

As America’s Most Trusted® Home Builder 2016, 2017 and 2018 by Lifestory Research, Taylor Morrison has built a reputation for the beauty and value of its homes, serving an array of homebuyers, from first-time and move-up to luxury and 55-plus.

“When we were approached by GHBA to participate, we were quick to jump at the chance,” said Amy Rino, division president of Taylor Morrison Houston, Darling Homes Houston and Bonterra.

“We have seen what an extraordinary difference this project makes and how it helps bring the community together around a very positive goal. Taylor Morrison recognizes the importance of giving back to the community, and we’re excited to build our Rosebay floor plan for the 2018 GHBA Benefit Homes project at Grand Vista,” she added.

The one-story home features 1,730 square feet of living space with a gourmet kitchen, an open-concept great room, and a roomy owner’s suite with a spacious walk-in closet and two additional bedrooms.

Taylor Morrison’s Grand Vista 45s community in west Houston is located on 600 acres. Grand Vista is ideal for those looking for the big-city experience with the advantages of suburban living. The second home is being built by the Highland Homes/Land Tejas team. Highland is constructing the Windemere A Elevation plan on a lot in Balmoral.

Since 1985, Highland Homes has been dedicated to building beautiful, high-quality homes for Texas families. Building approximately 3,300 homes annually throughout Texas, Highland is consistently ranked among the top new homebuilders in the nation, has won numerous awards, is recognized by Builder magazine as a Top 25 of the Top 100 Homebuilders in the U.S., but may be most honored to have been named the People’s Choice Builder of the Year for the last six consecutive years, as the company’s commitment to its homeowners is paramount.

Highland Homes has also been recognized for its energy-efficient building measures, earning an Excellence in Energy Performance Award for building 28 percent above minimum Energy Star specifications. Sensitive to the needs of its employees as well as its clients, Highland has been named one of The Best 50 Companies to Work for in Texas by Texas Monthly.

“Highland Homes is proud to be a part of the GHBA Benefit Home this year, which will support two fantastic and extremely deserving local charities—HomeAid Houston and Operation Finally Home. We look forward to partnering with Land Tejas, the GHBA and other incredible vendors to build a wonderful home in the exciting new community of Balmoral,” said Tony Marchbanks, senior vice president of construction with Highland Homes.

Two homes are built each year for the Benefit Homes Project. GHBA members donate materials and services and the homes are sold at market value. Proceeds go to two charities, HomeAid Houston and Operation Finally Home. Since the project began 38 years ago, over $10 million has been raised.