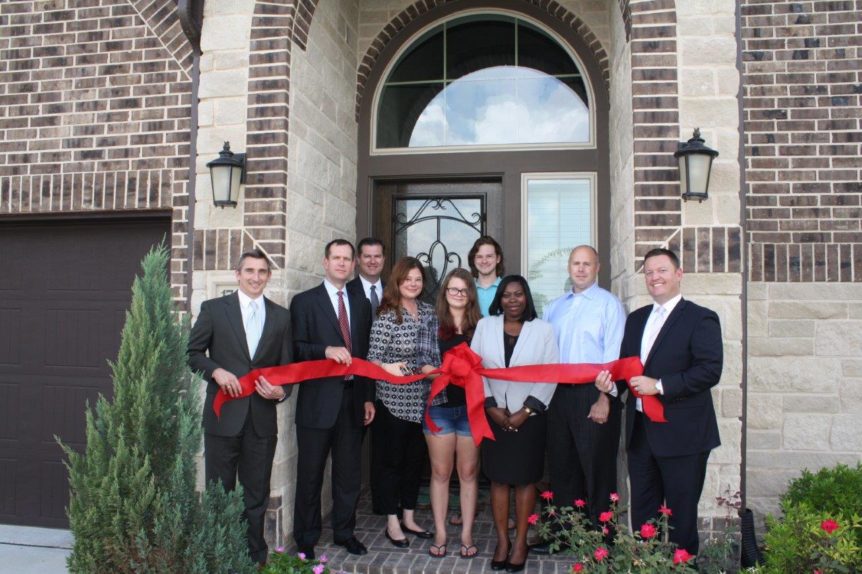 As the GHBA observes the 40th year anniversary of its charity fundraiser the Benefit Homes Project, it is obvious that without the homebuyer the past four decades would not have been possible. And, without their purchase, the Project would never have raised nearly $12 million.

Each year, two homes are built by builders who are GHBA members. These companies pursue donated materials, labor and services from their construction contacts to ensure the home is built with a large cost savings. The homes are also built with upgrades and amenities, not always found in other homes with similar pricing. The homes are built in prime communities on homesites that are donated by the developer.

Over the years the charities that the proceeds benefit have changed. For many years Texas Children’s Hospital and the Alzheimer’s Association were beneficiaries. The newest charities to benefit are HomeAid Houston and Operation Finally Home, both GHBA charities of choice and both founded by GHBA members.

Over the years, dozens of buyers have shared the reason they purchased their Benefit Home.

“We were so delighted when we found out that by us purchasing this home, two local charities would be benefitting,” said Jeremy Webb. “HomeAid Houston and Operation Finally Home are serving the community by helping so many less fortunate. Buying a home that Cathlene and I love, allowed us to be a part of that giving back process and that was definitely part of the reason we made our decision to purchase the M/I home.”

“My wife and I were drawn to the NorthGrove community initially,” said Mr. Reid. “We are both in education and the schools where we work are close to NorthGrove. Once we toured the Chesmar Benefit Home we were impressed with how many amenities there were in this particular home. It was also an added bonus that our purchase would give back to the community, and most specifically HomeAid and Operation Finally Home. It is a rewarding feeling to know we may have made a difference in people’s lives.”

“We had heard about the Benefit Homes Project before and were familiar with how it worked,” said Felipe Arreola. “We knew that the homes often had extra amenities or upgrades, and that was very appealing to us. It was also a win for us because we were proud that by buying this home, we were helping homeless families and wounded veterans. When I saw my wife’s face as she walked in the home, it was another reason to know we had truly ‘come home.’”

“The special attention this Benefit Home received from the vendors participating in the project helped me decide to purchase the M/I Benefit Home,” said Jennifer Simmons. “The floorplan was a big reason as well, and the fact that the home was benefitting three local charities, combined to influence my decision to make the Benefit Home purchase. The charities were well respected, and the knowledge that M/I Homes was willing to dedicate one of their profit makers to benefitting charities, was a reflection of their integrity, and that speaks volumes.”

“The Chesmar Benefit Home was a match design-wise for us,” said Anthony Villarreal. “But the decision to buy the Benefit Home was made with even more excitement when we learned the majority of the home’s proceeds would go toward charity. My nephew was born on February 25, 2010, and was diagnosed prior to his birth with a rare genetic condition. His parents were told their son would not survive, but he did live for two months with the help and care of Texas Children’s Hospital. His family will always be grateful to the hospital staff for the time they had with him.”

“The fact that the sale of the home was going to benefit important local charities, was one of the reasons we were interested in purchasing that particular home,” said Seth Sutherland. “We had heard about HomeAid Houston, and that touched us because I have a brother who is homeless in Houston somewhere. Knowing that by purchasing this home, some of the profits are given to HomeAid to build shelters for the homeless, was a win-win for our whole family.”