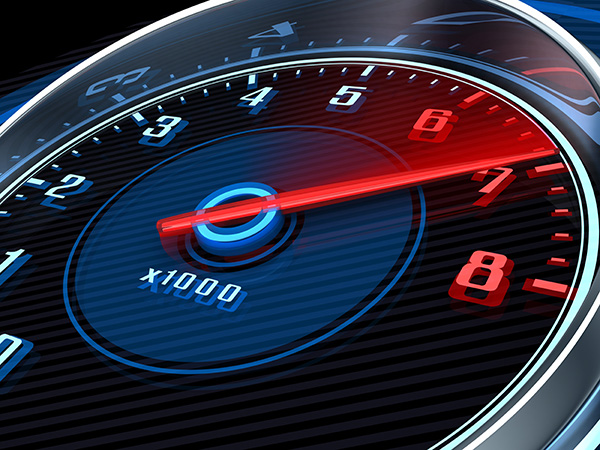 The annual Greater Houston Builders Association’s Mid-Year Forecast Luncheon was held in May at the Hilton Americas and hosted hundreds of GHBA members who anticipated an informative and entertaining presentation by economic expert, Dr. Mark Dotzour. They were not disappointed as his remarks touched on a range of areas that affect the homebuilding industry including, the Trump administration’s policies, Wall Street’s economic predictions, the outlook for the oil and gas industry, and the banking industry’s impact on developing and building homes both in Houston and nationwide.

Dr. Dotzour opened with an optimistic one-liner: “I’m bullish about this year!”

He followed this declaration with a recap of the first few weeks after the election of President Trump. “The optimism level of business went through the roof,” Dotzour stated. “Everywhere the business community has been on fire, because there was hope we as a nation would come out from under the oppression of Washington, D.C.” After Trump’s election, the general business sentiment among Americans was “approaching the redline,” with optimism through the roof.
redline (/ˈredˌlīn/, noun): A set amount of RPMs which your engine can put out before you pretty much blow it up. This is usually where the numbers on your tachometer turn red. —Urban Dictionary

The election of Donald Trump has been a positive influence on the business economy, according to Dotzour. Trump has promised to reduce regulation across the board and cut taxes to spur economic growth.

The business environment is more promising than the media is making out, he adds, and suggests caution when making business decisions based on media outlets. “Our business economy is 20 times stronger than what is being reported.”

The Economy Before the Election

Dotzour referenced the Great Recession in 2006 and quoted then Federal Reserve Chairman Ben Bernake as saying, “Senators and Congressmen you need fiscal policy!” But Dotzour suggests the American people need to give power back to the governors and mayors, not those in Washington. “They can create an environment where people want to hire workers—that’s what fiscal policy is. You send your senators and congressmen to Washington to create fiscal policy by creating optimism and hope to hire people. Washington doesn’t create jobs, the people do.”

In 2009, President Obama said climate change, healthcare and immigration were the biggest economic problems, and not jobs. President Trump is elected and his focus is on fiscal policy. “Frankly, we needed fiscal policy in 2009, not right now,” stated Dotzour.

Before the 2017 election, “we had a strong economy creating jobs 80 months in a row,” said Dotzour. “We had a labor shortage leading to higher wages.” The Federal Reserve is going to try to raise rates all year, Dotzour predicts, though there is no pressing need to raise rates immediately. “They want to normalize rates. This economy is so cheap everyone wants to borrow it.”

The Federal Reserve aims to get the rate up from 1 percent to 2 percent and will likely continue to do so at a very cautious rate until it hits that 2 percent mark. Why? In the event of a future recession, the Fed needs room to lower the rate back towards zero as a tool to spur growth.

Dr. Dotzour does not seeing mortgage rates moving much, if at all, in 2017 as home building is very bullish at the moment. “There is no need to fear outlandish mortgage rates anytime soon,” said Dotzour. “The threat and talk of percentages going up does spur the demand for buying homes, so the talk of it might sell a few more houses.”

Dotzour predicts we are at the outset of a 10-year housing boom. “I’m optimistic,” he says, “because the American people can thrive no matter who is in Washington.”Dr. Mark Dotzour

The automobile industry has been on a run since the Great Recession but is now running out of gas (pun intended). The homebuilding market will fill that economic void, says Dotzour.

“As long as we keep building 10 percent more houses every year, my forecast is the homebuilding industry will continue to carry the market and expect market growth for the next six months. I look at starts and permits every year and I see the growth there. Homebuilding is carrying the heavy load. The oil and gas energy is close, they’re getting ready to get on the dance floor again. Even if we were to go into a recession in two years, we would be fine because the housing market and the oil and gas industry will be back on its feet by then to offset losses in other businesses.”

Dotzour also sees an upswing in Millennial purchasing power. “They want the same thing every other generation wants. A good job, a car, a family and a nice house.”

Dr. Dotzour also predicts the housing industry being two years into a decade-long boom for demand in single family housing, even though inventory is low. “Regulations on loans for development and construction are constraining construction of more homes and development of new lots.” He explained that the Feds over-reacted on regulations following the Great Recession/housing bust and this trend needs to turn in order for the building industry to grow and build the economy.

Dr. Dotzour does not predict a Border Adjustment Tax being passed or a major tax reform in 2017 because there are too many powerful lobbies and interests. He also reported that American wages are finally increasing, inflation expectations are well-anchored, consumer confidence is way up and predicts a 5 percent increase in the Houston housing market in 2017 over the previous year’s numbers.

“I’m optimistic,” Dotzour said, “because the American people can thrive no matter who is in Washington. Your lives and businesses are not dependent on Washington. We have no support from Washington, no fiscal policy. But we’re still growing fast enough, even if we get no tax reform, if we don’t build one bridge. If we get a little regulatory relief, the economy will grow as fast as it did last year and maybe a little more, and interest rates won’t go anywhere, and that’s a pretty good year.”