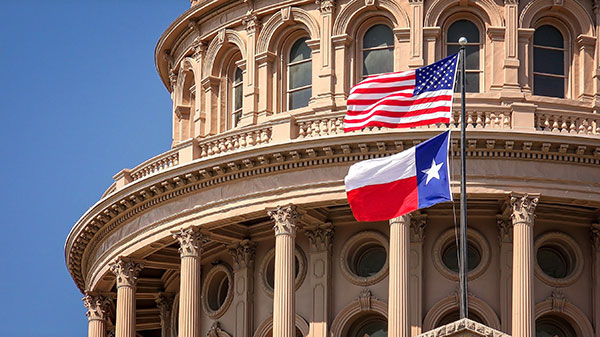 At noon on January 10, members of the Texas Senate and House of Representatives gathered in their respective chambers at the Capitol to convene the 85th legislative session. That began the 140 day countdown to Sine Die (end of regular session) on May 29.

The legislature only meets every odd-numbered year beginning on the second Tuesday in January. Members then have 140 days to complete the business of the state. That said, the only items that can be voted on within the first 60 days of the session are “emergency items” which are exclusively determined by the governor.

Members have been filing bills since November 14 and have until March 10 to file bills without restriction. Between both the House and the Senate, there will be over 6,500 pieces of legislation filed for the 85th legislative session.

There is only one item that the Texas legislature must pass: The Budget. The budget is written to cover the biennium following that legislative session. While both the House and Senate work together to craft a balanced budget (the Texas constitution requires that the legislature pass a balanced budget), the chambers alternate the responsibility of introducing the bill each session. This session, it was the Senate’s turn to file the budget, which has been designated as Senate Bill 1.

While this session is still young and we will not know the extent of the legislation that will be considered until mid-March, there has been quite a bit of activity at the Capitol.

On opening day of the session, members of the Texas House voted unanimously, 150-0, to re-elect Joe Straus as Speaker of the House. This marks the fifth time he has been elected speaker and joins him with only two others as the longest tenured speakers in the history of the Texas House.

As the session continues to take shape and we have a more comprehensive view of what has been filed and what is being pursued, the GHBA Government Affairs team will be actively working with our delegation in Austin, as well as tracking legislation that could affect homebuilding and development. Protecting private property rights, increasing access to career education for the homebuilding industry and improved funding for infrastructure will be items the GHBA continues to support.

And while we will advocate for those issues, the GHBA’s priority issue will be protecting MUDs as a tool to help keep housing affordable and maintain steady growth. Our efforts will be focused on shoring up support in both chambers for the continued use of MUDs by the development and homebuilding community. We want to ensure that our area delegation realize and are able to communicate to their colleagues in the legislature that the use of MUDs is an essential tool for the business of land development and homebuilding and that our industry is an integral segment of the Texas economy.