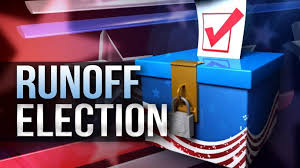 As previously reported (and if you live in and around Houston you know), the City of Houston held a major election last month. Aside from one council seat special election in 2018, this was the first time since 2015—when the city first adopted four-year terms—that the mayor and all 16 council seats were on the ballot.

There were 17 races on the ballot for the City of Houston Mayor and Council and after two weeks of early voting and Election Day on November 5 we ended up with…13 runoff elections which will take place on December 14.

While 13 races resulted in the need for a runoff election, only 12 will be on the ballot for December 14. In the race to fill term-limited Council Member Jerry Davis’ District B seat, the eligibility of one of the top two vote getters to serve due to a prior felony conviction is being challenged in court.

The GHBA HOME-PAC actively screened candidates and made endorsements for the most qualified, pro-housing candidates.

Early voting started November 27 and will conclude December 10 with Election Day on December 14.

In addition, all Texas voters considered 10 constitutional amendments in November. These propositions covered a variety of issues including allowing temporary property tax exemptions after a disaster and prohibiting a state  tax.

Of particular interest to our region—and the focus of the GHBA’s advocacy and lobbying during the legislative session last spring—was Proposition 8 that will create a fund to allow eligible political subdivisions the ability to apply for money to help construct future flood mitigation and protection projects.

Proposition 8 passed with over 77% of the vote and will create the Flood Infrastructure Fund (FIF) as a special fund outside of general revenue. A one-time distribution of nearly $800 million from the Economic Stabilization Fund, also known as the “rainy day fund,” will establish the FIF. The Texas Water Development Board (TWDB) will distribute FIF funds to local governments through loans or, in some cases, as grants.

These funds are absolutely critical to protect our region from future flood events as well as helping to continue our recovery from Harvey which will last for years to come.

Nine of the 10 propositions passed with only Proposition 1 failing to receive more than 50% of the vote.

Special Election contests in Texas House Districts 28 and 148 were also on some people’s ballots in November. Those vacancies came about when former Representatives John Zerwas and Jessica Farrar resigned their seats in September.