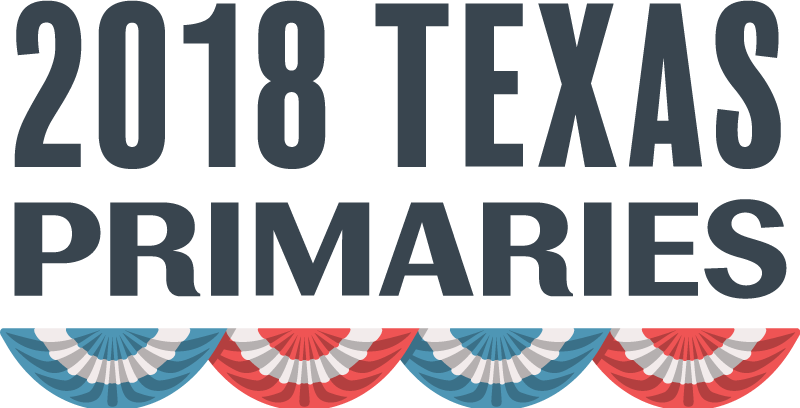 In the age of social media, 24 hour news and amplified political polarization, there is a perceived lack of pragmatism and a belief that neither side is willing to work together to craft prudent public policy. And I am not just referring to Republicans versus Democrats, but also the struggle within each party.

Voters have long been fatigued by the impression that government, at all levels, is mired in gridlock because ideology generally overrides compromise. That sentiment has now spread to how voters view their own parties and in some cases, it is warranted.

During this primary season, we have seen leaders in both parties endorse and engage in specific races in an attempt to affect the outcome. This is common practice in elections and candidates seek out those endorsements to bolster their name ID and credibility. What is not common, however, is what we saw in a few races during this primary season.

Rep. Davis and Rep. Larson were able to win their election and will proceed to the general in November, while Rep. Faircloth was defeated by Mayes Middleton (R-Chambers County).

In the Texas Senate, Republican Lt. Gov. Dan Patrick chose to endorse challenger Rep. Pat Fallon (R-Frisco) over current incumbent Sen. Craig Estes (R-Wichita Falls). This was an extraordinary development as Lt. Gov. Patrick is the presiding officer over the Senate and wields immense power in determining the direction of the Senate’s and individual senators’ legislative agenda. With the support of Lt. Gov. Patrick, Rep. Fallon defeated Sen. Estes.

On the federal level, we saw the Democratic Congressional Campaign Committee (DCCC) interject in the seven person primary race for the Democratic nomination for Texas Congressional District 7. The winner of the primary will face incumbent Republican Rep. John Culberson (TX-07) in the November general election.

In late February, the DCCC released a statement and opposition research against candidate Laura Moser. The statement included, “She is a Washington insider, who begrudgingly moved to Houston to run for Congress. In fact, she wrote in the Washingtonian magazine, ‘I’d rather have my teeth pulled out without anesthesia’ than live in Texas.”

The seat has been targeted by national Democrats as an opportunity district where Hillary Clinton defeated Donald Trump by a percentage point in the 2016 presidential election and the involvement of the DCCC in an open primary race was seen by many as an overstep that may have increased her exposure. Ms. Moser received the second most votes and will face Lizzie Pannill Fletcher in the runoff.

Politics has always been a contact sport and it is rarely clean. But in light of the last few elections, we are entering an era that we have not seen before and the GHBA HOME-PAC must remain strident in supporting the best qualified, pro-housing candidates.

On March 6, following two weeks of early voting, the Republican and Democratic parties held their primary election day to determine who their candidates will be for the November 6 general election. In races where multiple candidates filed and no one candidate broke the 50% plus one vote threshold, there will be a runoff election between the top two vote getters on May 22.

While a majority of our delegation incumbents won their elections and avoided the runoff, there are a few that deserve highlighting.

Texas Congressional District 2: In the race to replace retiring Congressman Ted Poe (R-Humble), State Rep. Kevin Roberts and Dan Crenshaw will face each other in the Republican Runoff.

Texas Congressional District 29: In the race to replace retiring Congressman Gene Green (D-Houston), State Senator Sylvia Garcia (D-Houston) was able to defeat six other candidates and collect 63% of the vote to avoid a runoff easily. As the district is a safe Democratic seat, Sen. Garcia will in all likelihood be the first Hispanic female from Texas to be elected to Congress.

Texas House of Representatives District 126: In the race to replace Rep. Kevin Roberts (R-Champions) who is running for Congress, Republican Sam Harless avoided a runoff in a three way race by winning 50.61% of the vote. In a district that is considered a safe Republican seat, Mr. Harless is expected to be the next State Representative for District 126.

Republican County Commissioner Precinct 2 Charlie Riley received 43% of the vote while challenger Greg Parker received 42% in a three person race. They will face each other in the runoff.

Republican County Commissioner Precinct 4 Jim Clark received 34% while challenger James Metts received 40% in a three person race. They will face each other in the runoff.

Republican County Commissioner Precinct 4 Ken Clark received 47%, while challenger Michelle Hatmaker received 21% in a four person race. They will face each other in the runoff.

To learn more or get involved in GHBA’s political action committee, HOME-PAC, visit ghba.org/homepac or contact Bradley Pepper at (281) 664-1430; bpepper@ghba.org.