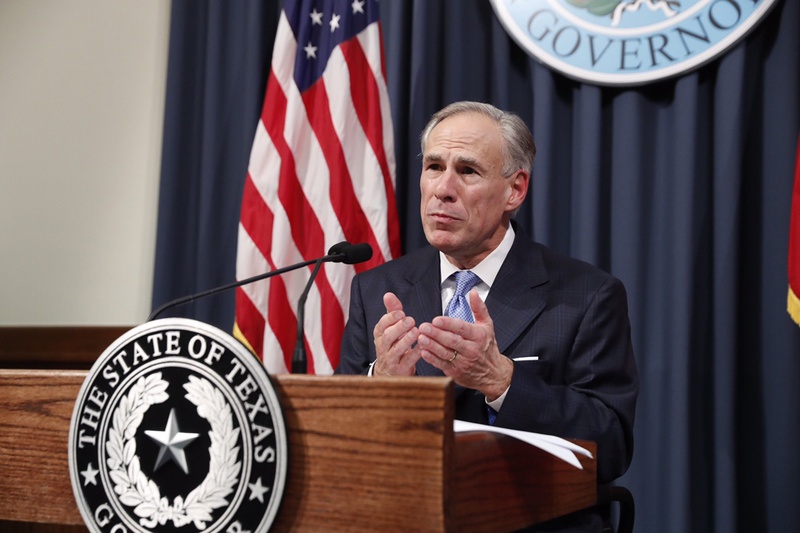 Although the 85th Texas Legislative Session adjourned Sine Die on May 29, the work of the members of the House of Representatives and the Senate is not complete. While the legislature was not scheduled to meet again until January of 2019, Governor Greg Abbott wrecked some member’s summer plans by summoning them all back to Austin for a special session that will begin on July 18.

Only the governor has the authority to call a special session and he alone has the authority to decide what will be addressed during that session. Unlike a regular session where lawmakers can pursue legislation on any subject, during a special session the governor determines the agenda by placing issues “on the call.” Any measures outside the scope of those issues will not be taken up.

A regular session lasts 140 days, but a special session can only last a maximum of 30 days. It can be shorter depending on either chamber’s willingness to address everything on the call and how quickly they get their work done. The focus is naturally a lot narrower compared to a regular session because the governor solely establishes the agenda, but the outcomes are equally as murky.

What we do know is that Governor Abbott has identified 20 items that are included on the special session call. What we do not know is how these 20 items will be addressed and what the legislation will look like. The wording of some the items is ambiguous which will allow both chambers leeway to address things like No. 13 “Privacy” or No. 16 “Pro-life insurance reform.”

GHBA Government Affairs will be active in Austin for the special session as the governor has placed a number of items on the call that could affect homebuilding and development.

Property tax reform, caps on state and local spending, preventing cities from regulating what property owners do with trees on private land, preventing local governments from changing rules midway through construction projects, speeding up local government permitting process and municipal annexation reform were all issues that were considered during the regular session that will be examined again. There was actually a tree regulation bill (discussed below) that reached his desk before he vetoed it.

Anytime the legislature is in session there is uncertainty. Given the historic strife and division between the House and the Senate during the regular session combined with the governor attempting to shore up his conservative credentials in hopes of avoiding a primary challenge from Lt. Governor Dan Patrick next year, it is impossible to predict what will or will not result from the special session. That said, the GHBA Government Affairs team will be in Austin engaging our delegation and actively supporting bills that advance the homebuilding industry and opposing legislation that would negatively affect development.

What Happened During the Regular Session?

On January 10 at noon, members of the Texas Senate and House of Representatives gathered in their respective chambers at the Capitol to convene the 85th Texas Legislative Session. That began the 140 day countdown to Sine Die (end of regular session) on May 29.

Members began filing bills on November 14, 2016 and had until March 10 to file without restriction. There were 6,631 total bills (not including resolutions) filed, 4,333 in the House and 2,298 in the Senate. Of those, only 1,211 (18%) passed to Governor Abbott’s desk, with 1,160 that have or are scheduled to become law. With constitutionally mandated legislative deadlines and inherent procedural roadblocks, the Texas legislative process is designed to kill bills rather than pass them and that is reflected in the numbers.

Many longtime lobbyists and long-tenured members have said that this was the most difficult, fractured and dysfunctional session that they had ever witnessed. From the outward disdain for one another between House Speaker Joe Straus and Lt. Gov. Patrick to the relative absence of guidance from Gov. Abbott, the political climate during session made it difficult to move a legislative agenda forward. That said, TAB and the GHBA had some big wins this session.

This bill filed by Representative Ron Simmons (R-Carrollton) will prohibit a political subdivision from adopting or enforcing any measure that imposes a fee on new construction for the purpose of offsetting the cost or rent of any unit of residential housing. These fees actually increase the cost of housing for everyone, including lower-income renters, and reduce housing affordability.

States that currently assess linkage fees have some of the most expensive housing markets in the country. The success of the Texas economy depends in large part on maintaining the availability of reasonably-priced housing, the addition of linkage fees would drastically reduce that availability.

This bill filed by Representative John Kuempel (R-Seguin) will allow courts the discretion to award costs and reasonable attorney fees to the prevailing party in vested rights actions. Vested rights ensure a property is grandfathered against new regulatory regulations upon the filing of a development application for a permit.
Even though cities are prohibited from doing it, they will often attempt to force property owners and developers to comply with newly adopted requirements after a project has been permitted under a previous set of regulations.

This bill filed by Senator Lois Kolkhorst (R-Brenham), would have required that cities that impose tree mitigation fees for trees removed during development give property owners credits for trees planted to replace those  trees.
Those fees are an infringement on property rights and a harm to the affordability of housing by adding to the cost of development. The credits would help to both stimulate the planting of more trees and offset the amount of the mitigation fee.

The veto of SB 744 by Governor Abbott was a blow, especially after all the heavy lifting and political capital that TAB staff put into getting it across the finish line. The Governor did add it to the special session call and with his statement about the veto, he intends to push for an even stronger bill to pass.

Governor Abbott said, “This bill was well-intentioned, but by the end of the legislative process it actually ended up doing more to protect cities than it did to protect the rights of property owners. I applaud the bill authors for their efforts, but I believe we can do better for private property owners in the upcoming special session.”

That said, this bill was more than 10 years in the making and with a compromise finally secured, it may have represented the best opportunity to peel back a municipality’s authority to regulate trees on private property.

The only bill the legislature has to pass is a budget. This year that was Senate Bill 1. The budget for the state of Texas for the next two years totals approximately $217 billion. That includes $1 billion from the state’s rainy day fund and delays a transfer of $1.8 billion of general revenue into the State Highway Fund.

Oftentimes with the legislature, what did not pass is more important than what did pass. This session was no different. In the six months prior to the start of session, a local newspaper began a campaign against the use of MUDs for land development by publishing articles with incorrect facts and statistics and half-truths.

In anticipation of a pushback against MUDs during the legislative session, GHBA Government Affairs proactively reached out to solidify support and educate our area delegation on the importance of MUDs as an essential tool for the business of land development and homebuilding.

In working with TAB and other stakeholders, we were able to protect the current structure and regulation of MUDs. There were dozens of negative transparency, eminent domain, district creation, annexation and elections bills that would have crippled the feasibility of MUDs as a tool for development, but none passed.

There are some agenda items on the special session that could be problematic for MUDs, but we will be active in Austin working to protect the use of MUDs in their current form.

The 85th Legislative Session was long and is still ongoing. Our Rally Day in February was huge success. We had members travel to Austin multiple times to meet with legislators, testify before committees and advocate for our industry. The GHBA Government Affairs team thanks everyone who contributed their time and effort during this session. Thank you! Without your support and focus on advocacy, our industry would not be the driver of the Texas economy that it is today.